Duck into Stepney Green, off Mile End Road, and an abundance of history awaits!

One of the first things to catch your eye is this restored ghost sign;

From the late 19th century until the 1970s, there was a bakery on this site. It’s since been converted into private flats, but the history lives on with the sign for Daren Bread. The brand was phased out from the 1960s when Ranks Ltd acquired Hovis.

Further into Stepney Green and you see an atmospheric cobbled lane. But it’s worth paying close attention.

Look down and you’ll notice the unusual blue cobblestones.

Theses were imported from Teesside as a by-product of the iron industry in the late 19th century. Aren’t they a delightful colour?!

Today, Stepney Green is a pleasant patch of enclosed public garden and it has a rich mix of late 17th, 19th and early 20th buildings.

Stepney Green Gardens as we see them today were only created in 1872 by the Metropolitan Gardens Association. It’s one of the last remaining strips of land from Mile End Green.

Stepney Green was previously known as Mile End Old Town, beside the ancient route East from the City along Mile End Road.

Development started in the late 16th century and – as you can see in the map above – by the 1700s there were clusters of houses but it was still quite rural. The people living here tended to be wealthy merchants.

The oldest house in Stepney Green we can admire today is no.37, built in 1694 and it’s an outstanding survivor.

It was bought by the Spitalfields Trust in 1998 who ‘tidied’ it up and it was subsequently put on the market as a family home. It’s now Grade II* listed.

It was originally built for Dormer Sheppherd, who must’ve been a successful merchant. Like many English merchants in the late 17th and early 18th century, Sheppherd was seemingly involved in the Slave Trade and according to some newspaper reports compiled here, Sheppherd appears to have owned “a black boy named Lewis, about 15 years old”.

If you’ve watched the series ‘Taboo’ with Tom Hardy, it was used as the Delaney House.

After Sheppherd, the house was bought in 1714 by Dame Mary Gayer, widow of the East India Company’s Governor Bombay.

The letters ‘M’ and ‘G’ are entwined artistically in the iron gateway by Robert Bakewell. Bakewell was a student of Jean Tijou, who worked closely with Christopher Wren on St Paul’s Cathedral and other major projects.

Next door you can see a tablet proclaiming the house as Stepney Dispensary for the Prevention of Consumption.

It’s a clue that the area was sliding downwards in social status.

Fast forward to the 19th century, the East End was developing rapidly as the Docks were growing and – even closer – there was a huge brewery just north of here.

All this development prompted the need for more housing and the evidence for this can be seen in the more recent buildings in Stepney Green.

We’ve already mentioned the Jewish retirement home, a clue that the majority of residents in the 19th century were Jewish. But there’s more…

Stepney Orthadox Synagogue was established in 1896 and they acquired and converted a former Methodist chapel. It was based here until 1980 and today the building is the Rosalind Green Hall.

Rosalind was the daughter of Mr and Mrs Philip Green who sadly died aged 10. The Green family were members of the Sandy’s Row Synagogue which still survives in Spitalfields and Philip ran a stall in Petticoat Lane.

More tangible visual evidence can be seen in the form of Stepney Jewish School, founded in 1864.

The only surviving parts of the building today are the redbrick extensions from 1905-6, including the former School Keeper’s House.

The school closed in 1969 and moved to Redbridge. The houses were converted into artists’ studios.

Next door is Stepney Green Court, part of the Industrial Dwellings Society established in 1885. The block was (and still is) largely made up of one and two bedroom flats, with 115 flats in total.

Originally these were funded by the Rothschild family for Jewish artisans and there are some beautiful details.

On the opposite side of the green are Dunstan Houses, erected 1899 by the East End Dwelling company, a similar initiative to provide good quality housing for the local ‘worthy’ poor.

Continuing the filming theme, these were used for the BBC’s ‘Call the Midwife’.

So there you have it, a little look at Stepney Green, a small area packed full of history. 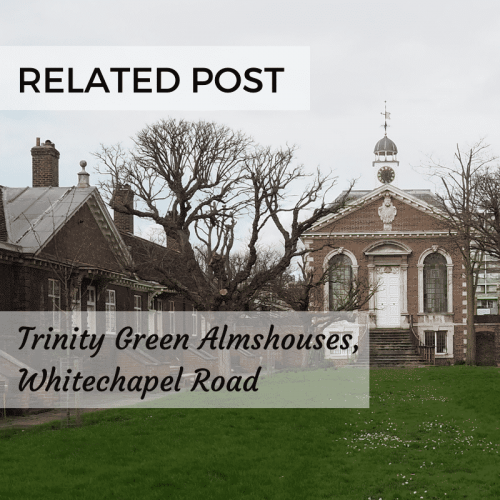 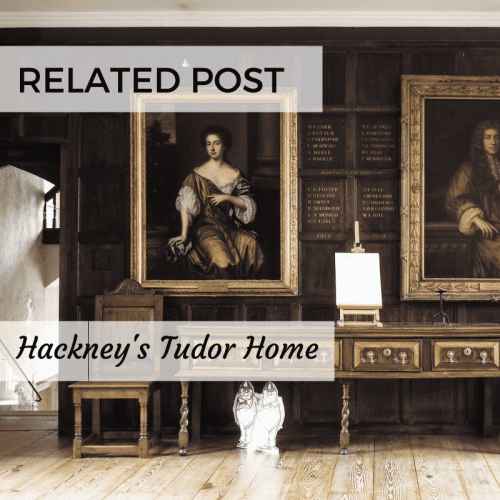