The Real History of the Strand Lane ‘Roman’ Bath

Next time you walk from Temple station, choose to walk along Surrey Street and you might spot this sign for the Strand Lane Roman Bath.

Seeing the National Trust sign, it would be fair for anyone to get a bit excited by the prospect of hidden ancient baths on the edge of Westminster.

But our story gets a little more complicated.

If the gates are open, have a wander in…

On a little alleyway, turn right for an information board from Westminster Council. At this point historic alarm bells were ringing; ‘but didn’t the Romans found the old, walled City of London? What’s a bath doing all the way in Westminster?

Unless you’re incredibly lucky, you’ll probably find the door closed. But you can look through the misted up window to the left.

Where you’re treated to this view. (Apologies for the shockingly bad photo!*)

Well, the bath is old, but not that old. It was built in 1612 and is the only remaining part of a cistern that fed into Somerset House’s garden fountains. 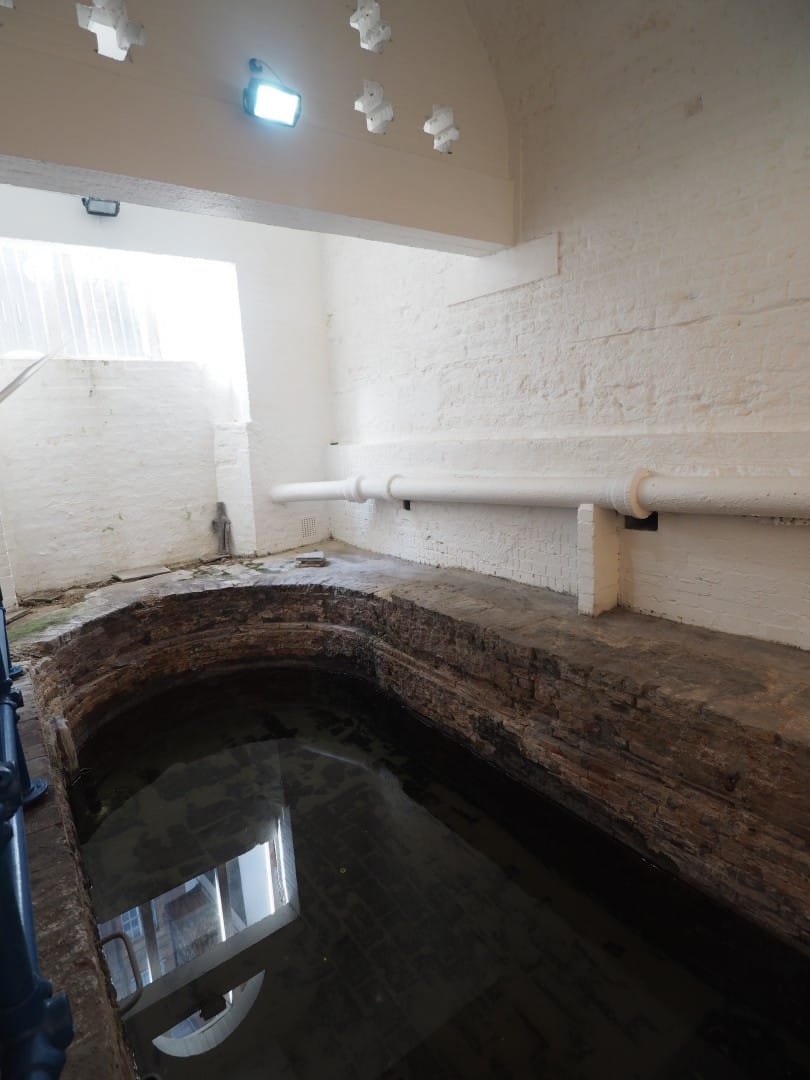 Somerset House; a cracking location for a royal or aristocratic palace, has been used as such since the mid 1500s. But we’re only concerned with the Inigo Jones palace built 1609-1613 under orders of James I for  his wife, Anne of Denmark. 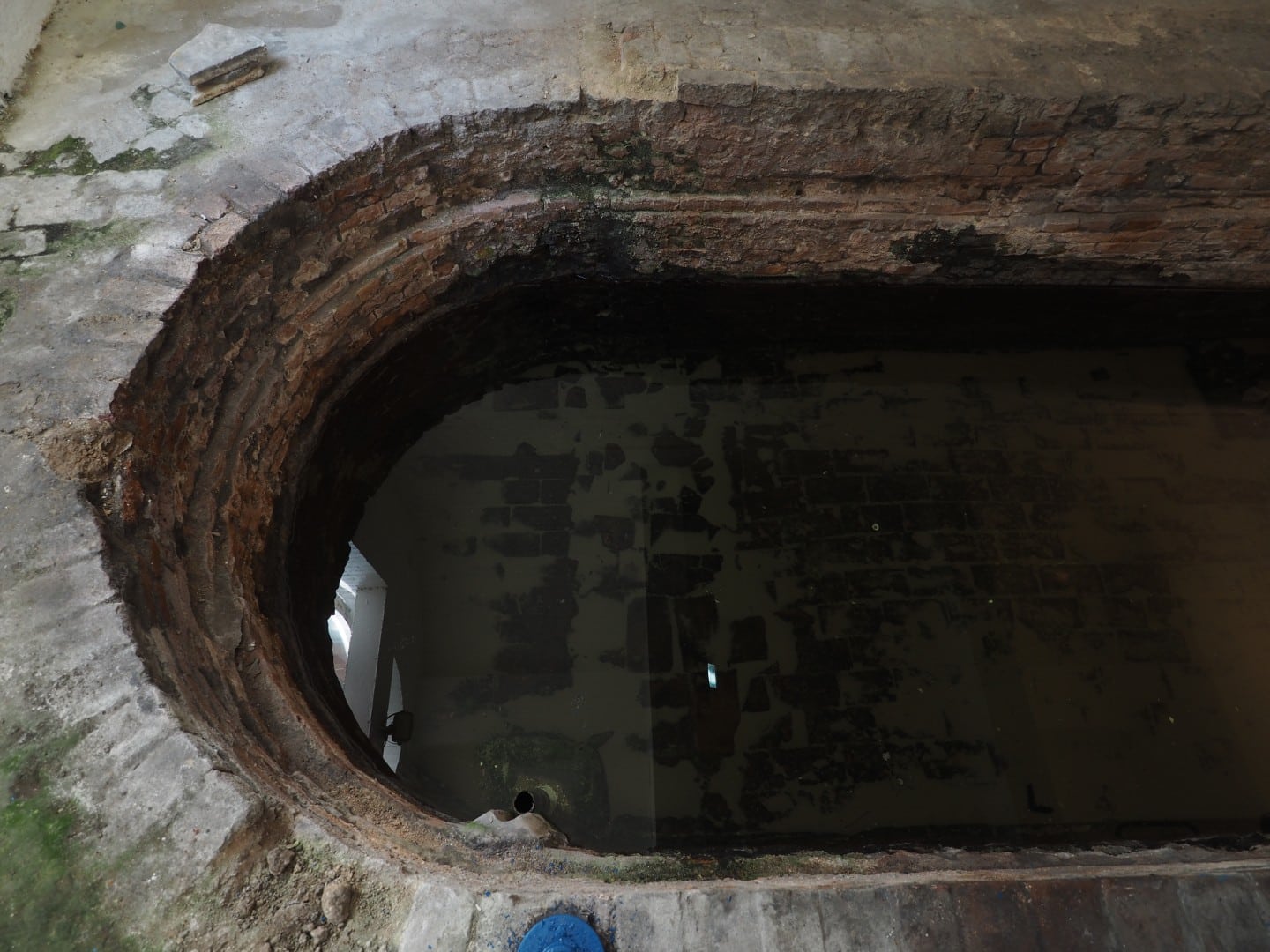 Contemporary documents explain that a cistern feeding into Solon de Caus’ grotto-fountain was ‘over Strand Lane’.

But the story doesn’t end there. To complicate matters, this cistern was turned into a working Bath by a Mr James Smith in the 1730s. An advertisement in the Daily Advertiser 2 November, 1776 read “‘the cold bath at No. 33, Surry-street, in the Strand … for the Reception of Ladies and Gentlemen, supplied with Water from a Spring, which continually runs through it.“ 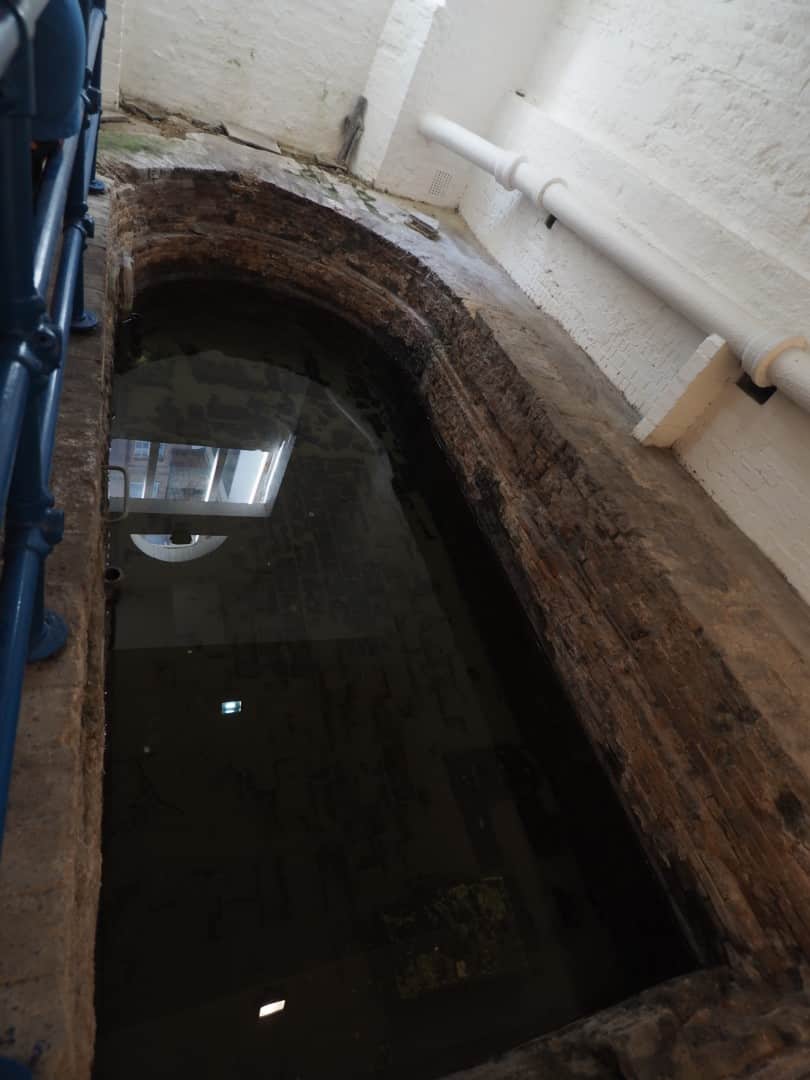 Smith died in 1782, but the baths continued to be popular until the early 1800s, when all of a sudden the establishment starts fashioning itself as the “Old Roman Spring Baths” under Mr Charles Scott.

Like most marketing spin, the venue was probably trying to start anew after a somewhat colourful string of PR disasters. Two people are reported to have died in the bath; a fare-dodger trying to escape a cabbie in November 1777 and William Weddell MP who had a seizure in the bath in 1792.

The lies took hold though, bolstered by mentions in Charles Knight’s Historical guidebook of London (1842) and Charles Dickens David Copperfield.

“It is clearly natural, and not artificial, and sparkles as clear as crystal.” – Charles Knight

Image from Memoirs of a Metro Girl

An earlier sign for the Strand Lane Roman Baths, unashamedly proclaiming them as (nearly 2,000 years old!)

While hunting for the ‘Roman’ Bath you might look up to spot two interesting things;

They inform that the boundaries of parishes for St Mary Le Strand and St Clement Dane respectively lie the written distance away.