in installations, Interiors, London, Things to do in London
0 Comments

teamlab – the ‘ultatechnologists’ – have landed in London’s Pace Gallery and created a stunningly beautiful show. 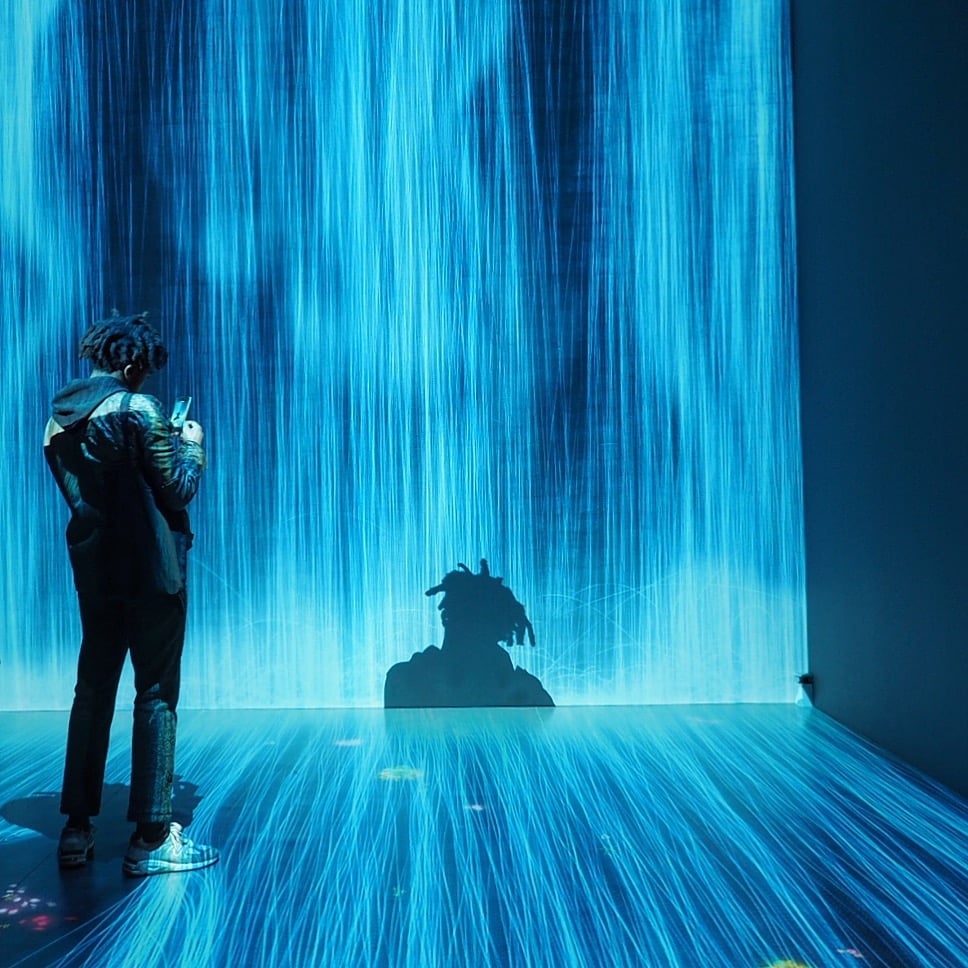 Their aim is to blur the boundaries of art, tech, design and the natural world and their new exhibition Transcending Boundaries explores the role that digital technology can play in helping art break free from its ‘frame’ and entering the space of the other artwork next to it.

If that all sounds a bit arty-farty, this trailer should clear things up:

Highlights include an interactive, never-ending waterfall that moves around you, a room where flowers grow around you as long as you stay still, and these incredibly zen Dark Waves:

Water is a key feature in Japanese art and in premodern times it was expressed as a series of lines which gave the impression of life, as if water was a living entity.

teamlab hopes that while watched the artwork people will feel the barrier between themselves and the waves disappear, so they feel totally immersed and lured in. Certainly worked for me!

This is part of Flutter of Butterflies Beyond Border, Ephemeral Life. In this interactive work, butterflies are born around you, congregating to propel standing still, but if you touch them they die and fall to the floor.

The butterflies fly around the largest room,  getting caught up in the interactive waterfall which is supposed to be a separate work of art. The whole room is visually stunning; 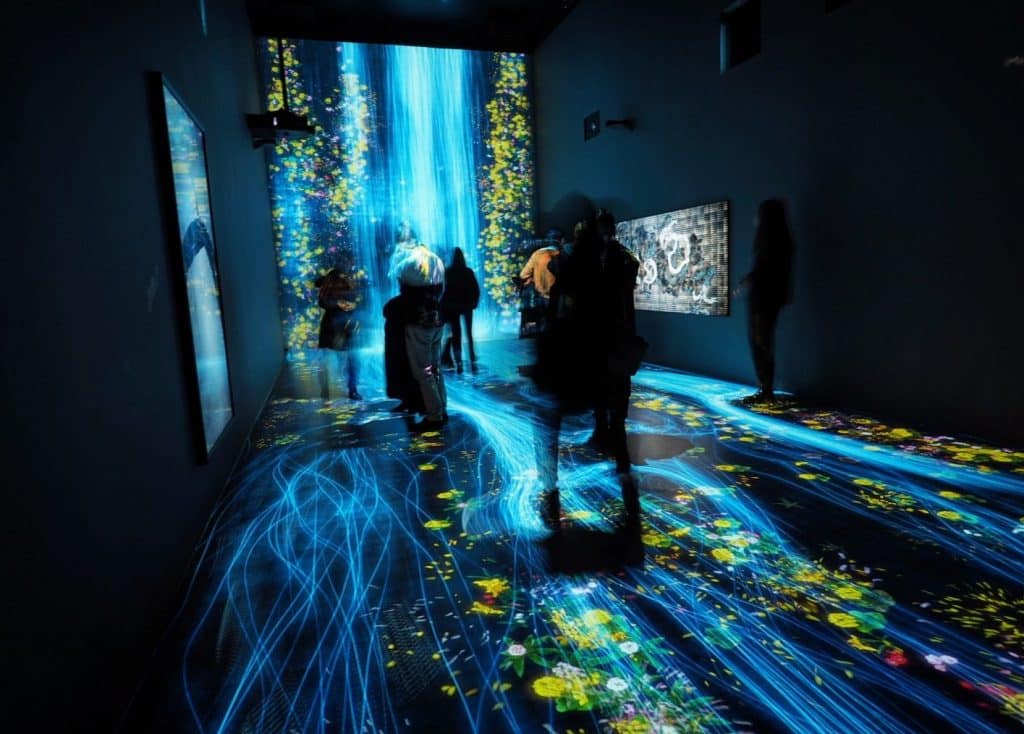 In Universe of Water Particles, Transcending Boundaries water is represented by calculating the interactions between a continuous flow of hundreds of thousands of water particles. As you stand in one spot the water recognises a blockage and starts flowing around you, creating a dark spot on the floor.

The final effect is pretty mesmerising.

Currently all slots are sold out but it’s worth turning up and trying your luck, especially if you pick a less popular, off-peak time. When I arrived there were some drop-outs and latecomers (which security said happens frequently) so you can take their space!