The Liberty of the Clink was an area of London which was exempt for The City’s jurisdiction, meaning it was fertile ground for prostitution, animal baiting and *gasp* theatre.

Taking a closer look at the bollards in the Southwark area, you might spot the words; ‘CLINK 1812’. 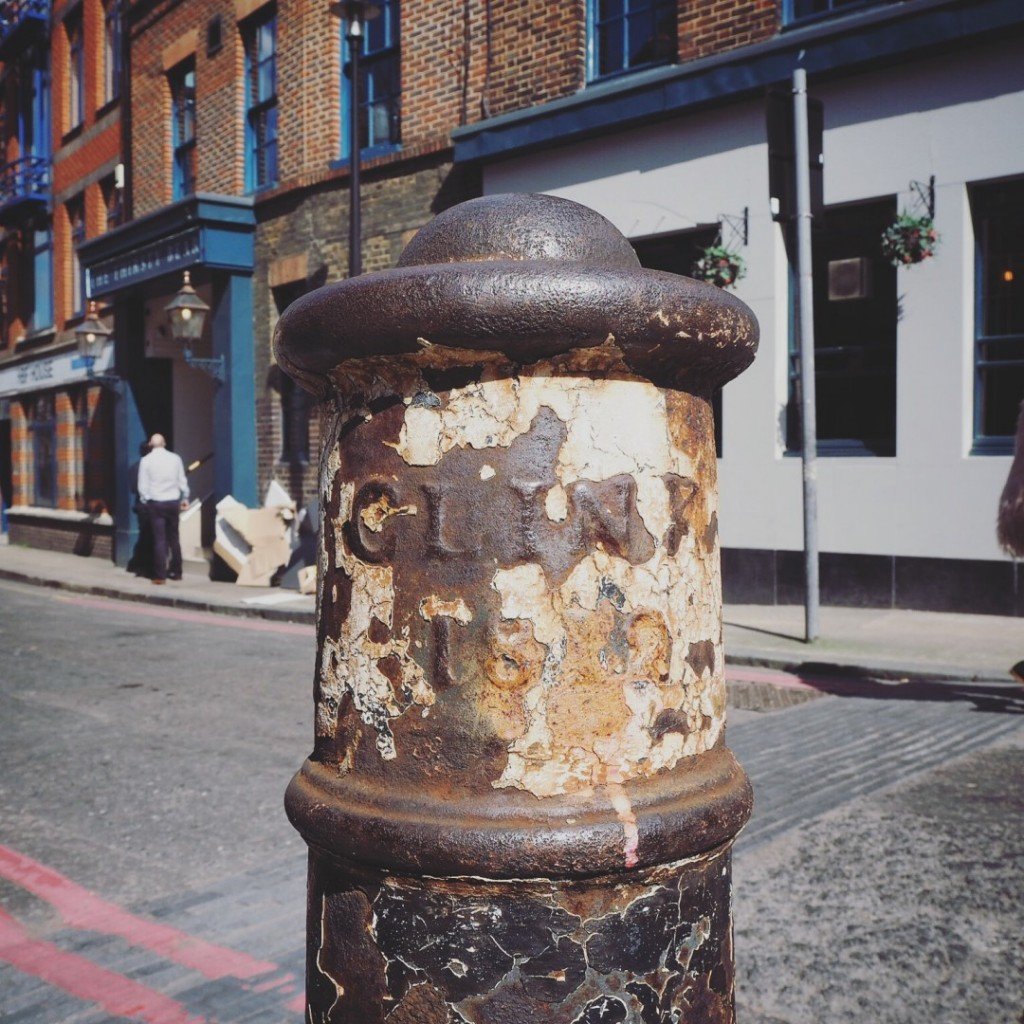 These relate to an Act of 1786* which established the Clink Paving Commissioners who, as part of their job, erected these as boundary points for the district of St Saviour’s (Southwark Cathedral). During 1812, 60 of these posts were commissioned and made by Messrs Bishops & Co.

Based in Southwark (where the clink museum is now) was a notorious prison that gave its name to all future incarceration centres. It was destroyed in 1780, but the popular myth that it was known as ‘The Clink’ because of rattling chains against bars seem to just be a load of – ahem – bollards, given it was always the area’s name.
*the full name of the law was; “An Act for paving, cleansing, lighting and watching the Streets, Lanes and other publick Passages and Places, within the Manor of Southwark, otherwise called The Clink”