In 1900 an 18 year old Lithuanian emigre Montague Burton arrived in Britain and borrowed £100 to set up a menswear business, selling bespoke and ready to wear suits in Chesterfield.

By 1952, the year Montague died, there were an impressive 616 Burton stores in the UK. 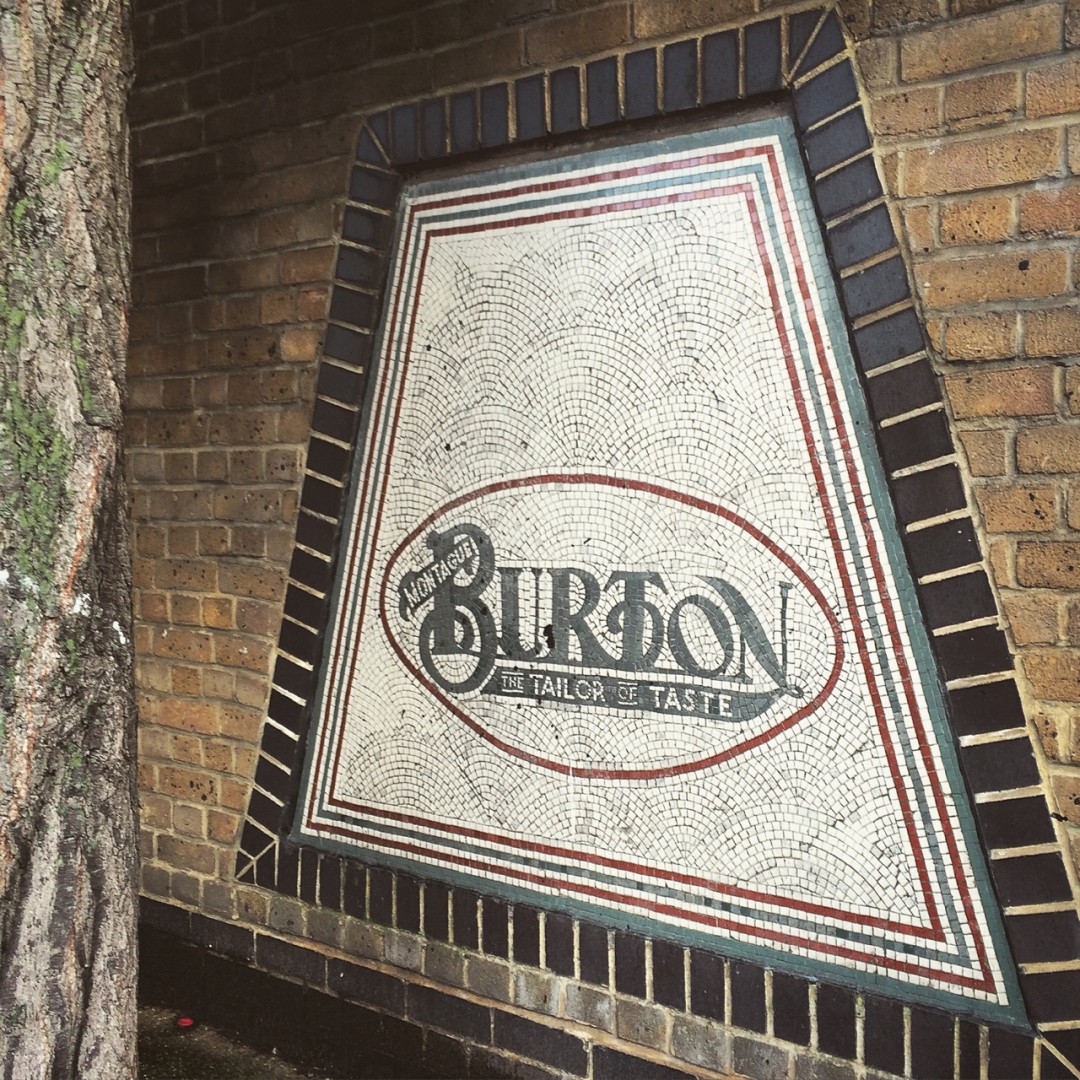 This mosaic, depicting the early Burton logo was most likely on the floor of the entrance of the former shop that used to stand at 10a-12a Chrisp Street. 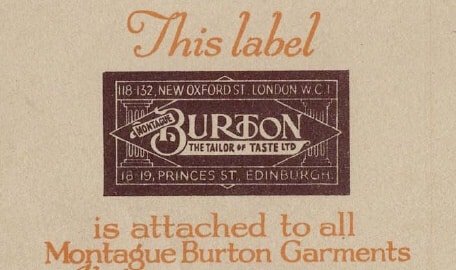 Another related gem (which I really hope is true) is that Montague Burton was a supplier of demob suits to the British government (civilian clothing provided for servicemen who were demobilised after WWII). This comprised of a jacket, trousers, a waistcoat, shirt and underwear, so it’s speculated that this is the origin of the phrase “The Full Monty”!