A new rooftop viewing spot has opened in The City of London! The Garden at 120 can be found on top of Fen Court at 120 Fenchurch Street.

The best bit? It’s free and (for now) you don’t have to prebook, just turn up! 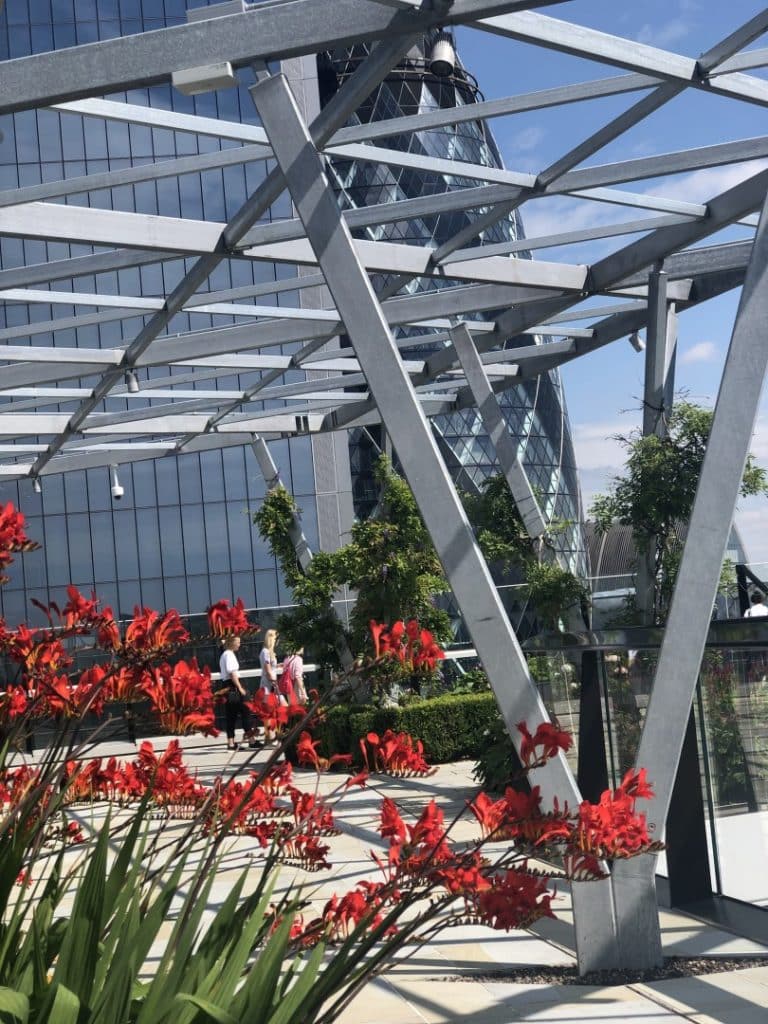 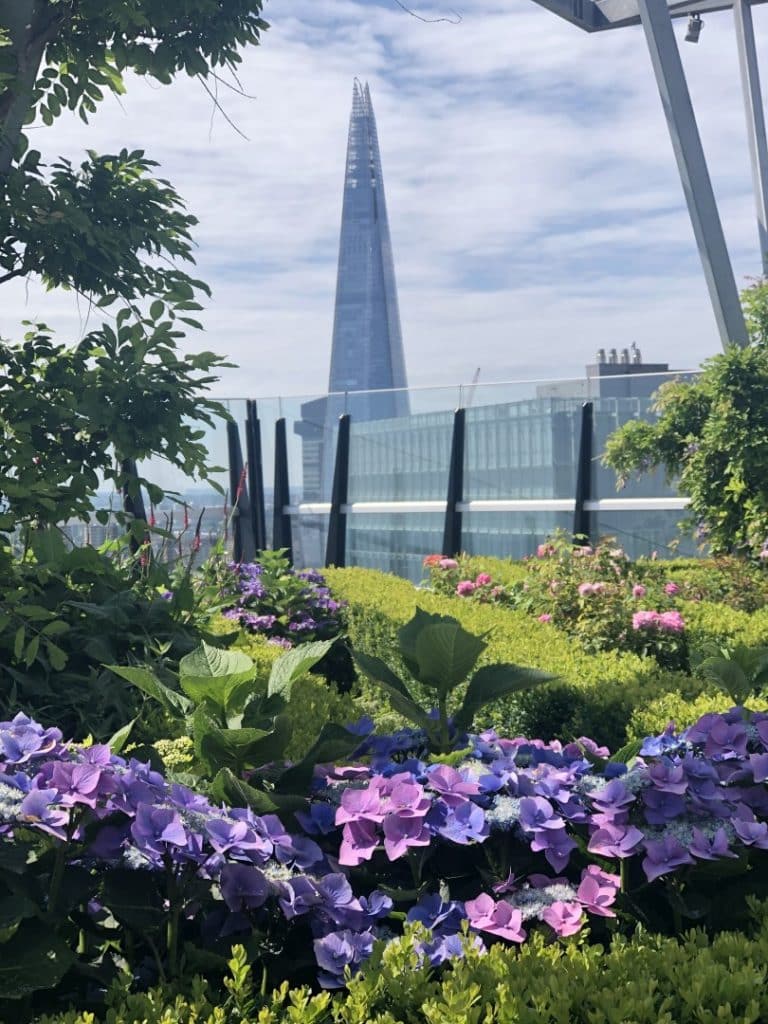 Visiting The Garden at 120

The garden sits above this multi-coloured crown of Fen Court, designed by Eric Parry Architects and there’s a cool art installation by Vong Phaophanit and Claire Oboussier. At the ground level of 120 Fenchurch Street, make sure you look up to fully experience the variety of video footage of London’s parks, waterscapes and architecture. 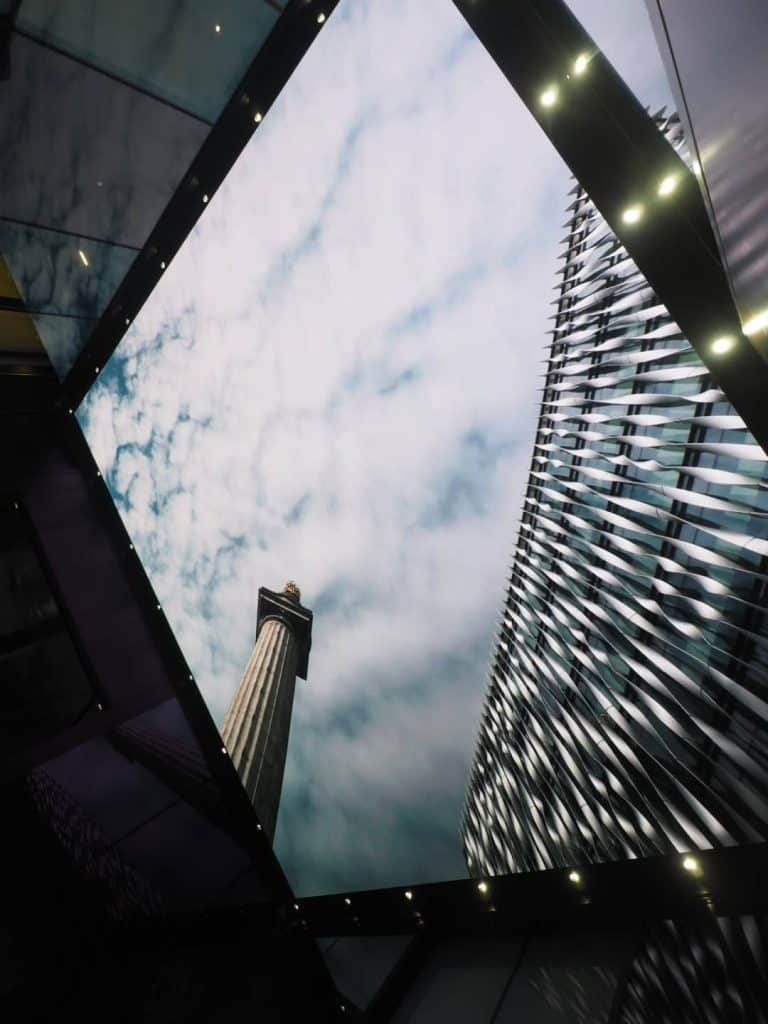 After a quick airport-style security stop you’re whisked up in the lift to the 15th floor.

The openness of the space is wonderful. When I visited on a grey Saturday afternoon it wasn’t busy and was totally peaceful.

There are excellent views to the South, East and West and it’s only the North which is obstructed by the Gherkin, Willis Building and Cheesegrater.

As with any new view I was excited to see new angles above London which hadn’t been revealed before, like the view directly above Leadenhall Market (Horace Jones, 1881)

Or the contrast of old and new; the dome of St Paul’s Cathedral (Christopher Wren, 1711) next to Lloyds of London’s fire escape (Richard Rogers, 1986).

Is it really a ‘Garden’?

When the garden first opened in February it wasn’t overly lush. However, fast forward around 5 months later and the garden has come into its own.

The canopy has been spreading too and  the 3 year old Italian wisteria clippings (that were planted back in April) are making slow but steady progress!

Another nice feature is the rippling water feature which allows for some nice reflection photography!

Speaking to their General Manager on my visit, once it gets busier (they have a max capacity of 200) there will probably be queues but for now you still don’t have to prebook and I’ve never had to queue. Later in 2019 a restaurant will be opening, but for now there’s a coffee cart (and free toilets!)

The rooftop garden is open seven days a week but timing vary, double check the latest timings here. For now there’s no pre-booking required (unless you’re a group of 12+) so just rock up at the ground floor entrance of 120 Fen Court to go through security.

Want To Discover more of The City?

Walk the hidden alleyways of the Square Mile, meeting the heroes, villains and martyrs of the City on my ‘Power and Sacrifice’ public walking tour.

Or if you want to explore more hidden oases within the square mile, join the City Secret Gardens tour! See upcoming dates and book here!