The Other Dickens: Discovering Catherine

in London, Quirky Museums, Things to do in London
1 Comment

It’s a familiar saying, that behind every renowned man, stands a great woman. With this thought in mind, ‘The Other Dickens: Discovering Catherine’ at the Charles Dickens Museum, attempts to bring into the spotlight the great woman in the shadow of the world’s favourite 19th Century novelist.

The exhibition itself is a result of the dedication of three other great women;

Louisa Price, curator at the museum collaborated with Professor Lilian Nayder (Author of the celebrated book The Other Dickens and Guest Curator for this exhibition) as well as sound artist Dr Felicity Ford.

Their aim; give Catherine a voice within the house.

“I wanted to create the sense of a spectre … The speakers are embedded into the objects, the sound emanates from the furniture, almost as if she is embedded in the house.”
– Dr Felicity Ford

Having never visited before, the house itself is a delight with plenty of interesting exhibits even if you’re not a die-hard Dickens fan. It’s always fascinating to explore a restored historic house and 48 Doughty Street is where Charles and Catherine lived during the early years of their marriage, the time when Charles shot to fame. 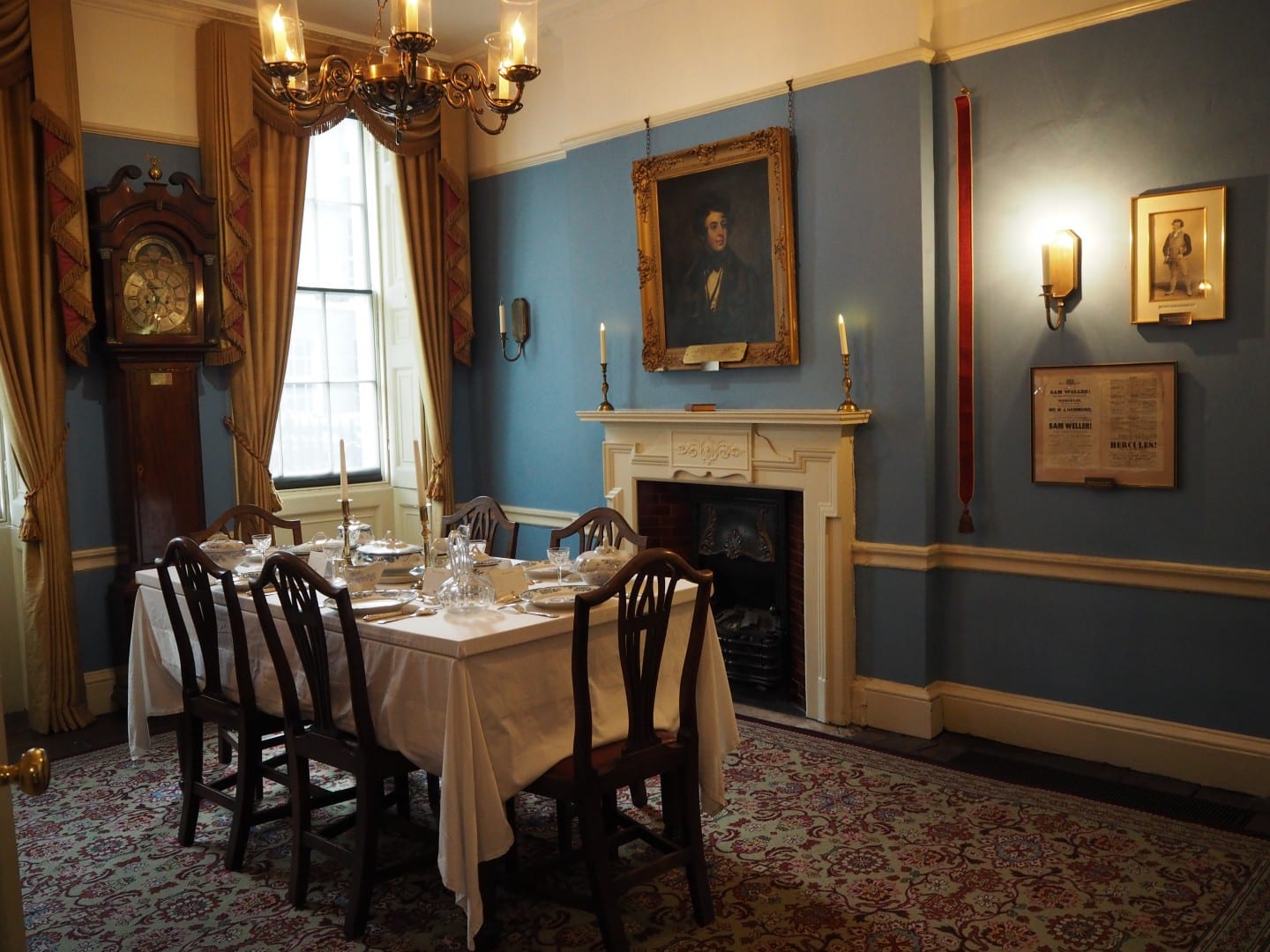 One of the most incredible pieces for me, was the section of Marshalsea Prison Grille. 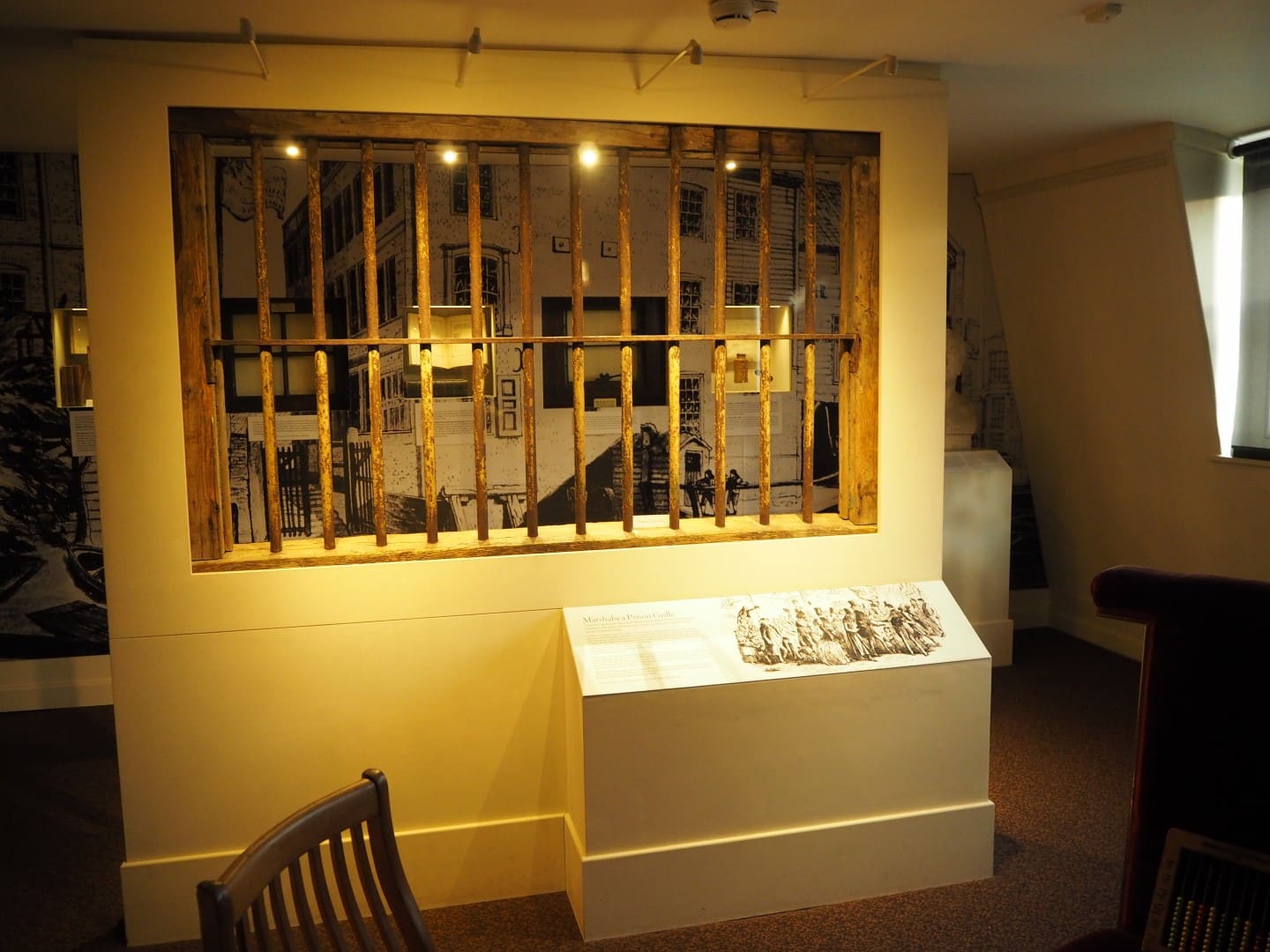 It represents probably the most influential and painful experience for the young Charles Dickens.
However, we’re here to talk about The Other Dickens…
Back to the exhibition, the sound installations are remarkable. They create a haunting, evocative mood and – as cheesy as this will sound – you really do feel a presence of Catherine.
Throughout the house Catherine’s voice (played by Rachel Moffat, a contemporary voice actress with a middle-class Edinburgh accent like Catherine’s) sounds out. The words are all from things Catherine has said, written or read; “we didn’t want to put words into her mouth” says Felicity, so the Kitchen uses passages from Catherine’s cookbook ‘What Shall We Have For Dinner?’ and we hear her speaking in a self-confident, authoritative way about the dos and don’ts of kitchen practise. 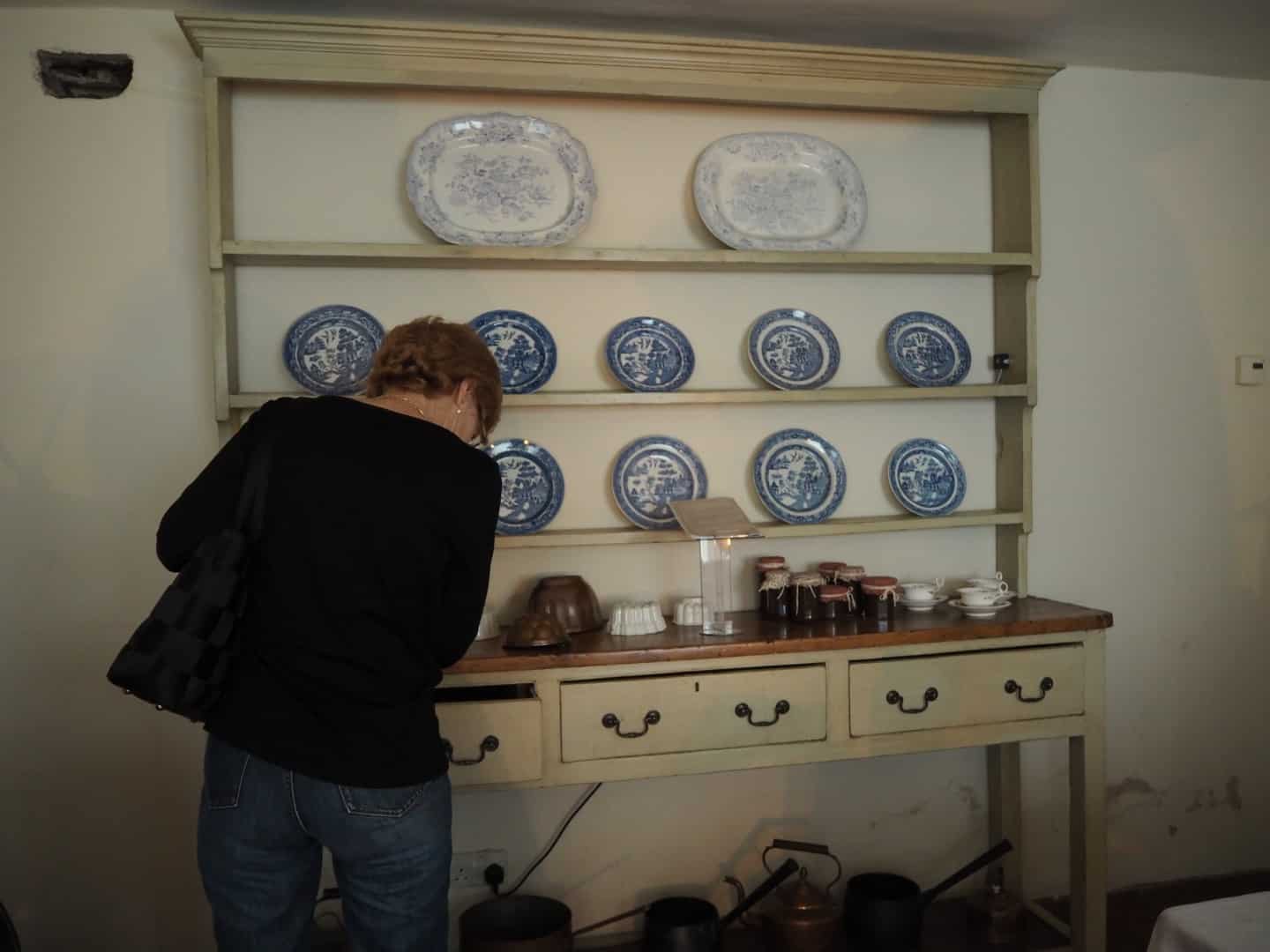 A visitor listening to the recording. The speaker is cleverly hidden inside the drawer so you never really realise where it come from.

For a more sensitive insight into her private life, we head up to the nursery. The voice actress reads a book that Catherine used to read to her children and in this instance the actress read to her actual children, we hear their real questions and reactions, beautifully bringing it to life. 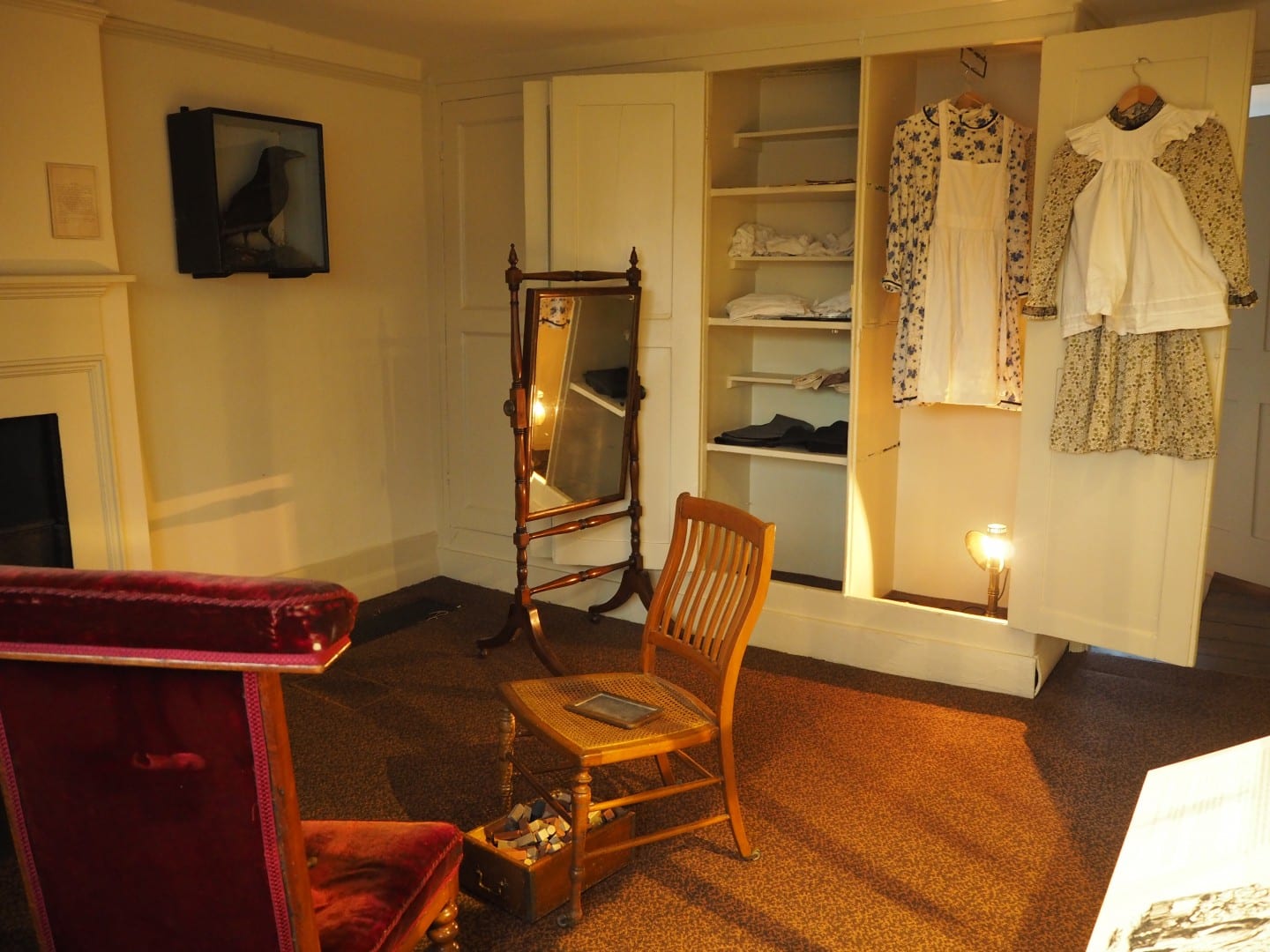 As well as the daily shores and business of being the homemaker, there are poignant moments from the Dickens’ life too. Most affecting is the Mary Hogarth room, where we hear Catherine’s grief at her sister’s death, the words from her letters brought to life. 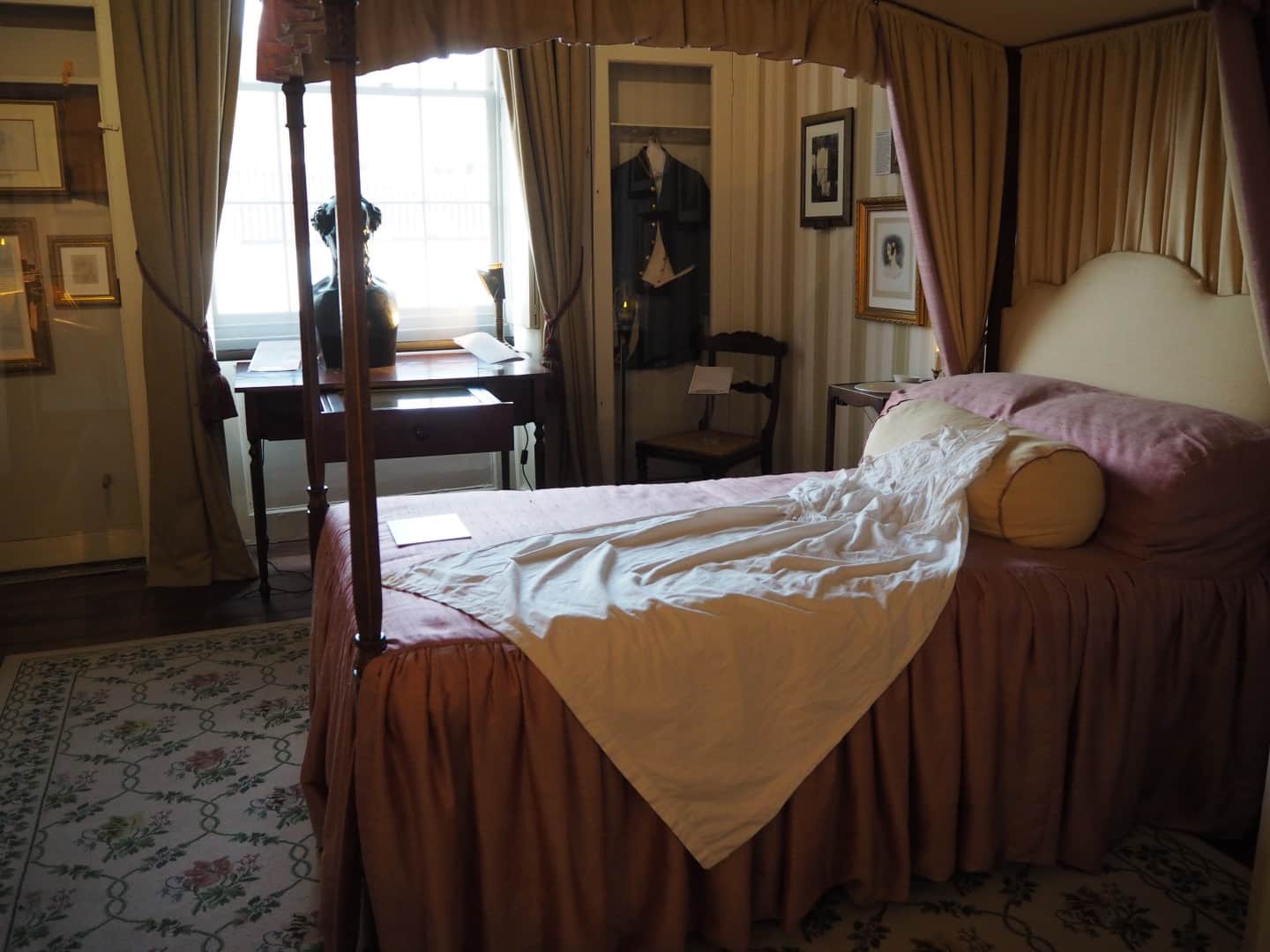