Recognised in the Guinness World Records as Britain’s oldest manufacturing company, the history of the Whitechapel Bell Foundry can be traced back to the City of London master founder Robert Chamberlain of Aldgate in 1420.

The foundry “at the sign of the three bells” was established 150 years later by Robert Mot in 1570, then it moved to it’s present site on Whitechapel High Street in 1738. 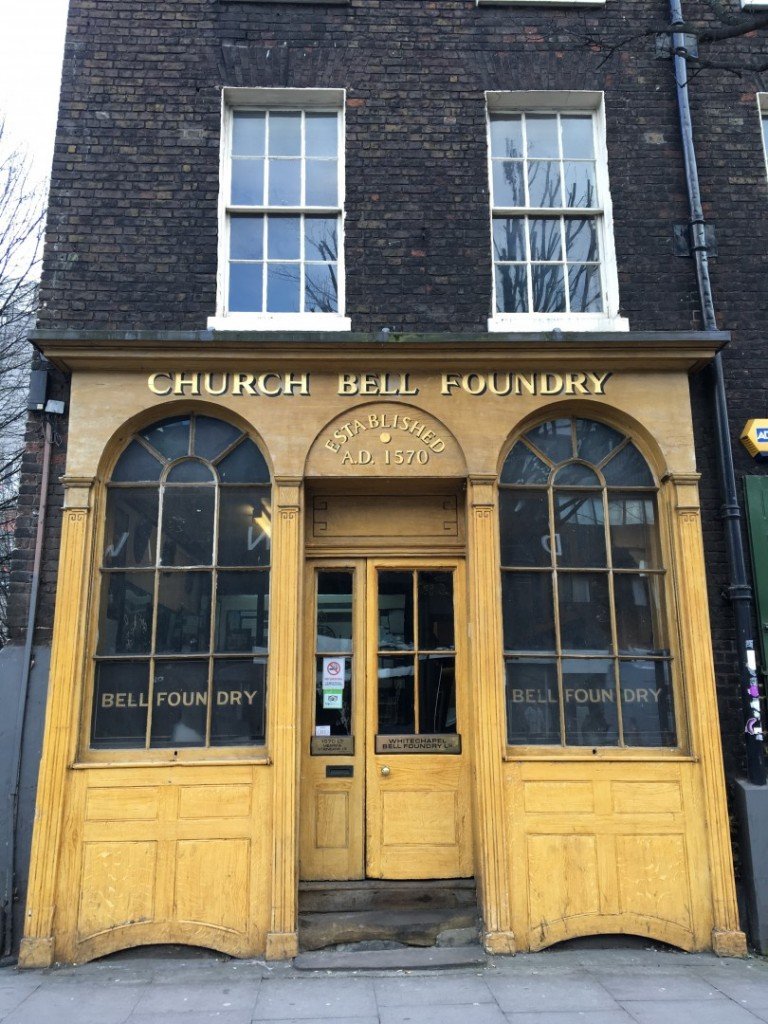 There are only 25 bell foundries left in the world and the Whitechapel is one of the few whose core business is bell casting and before December 2016, it still had an on-site foundry.

Given it’s long history it’s unsurprising that some of the world’s most notorious bells were cast here.

The oldest still in use were made in 1583 and are still rung today in Westminster Abbey making them the foundry’s oldest continuing customer. Aside from their most famous bell, Big Ben (cast here in 1858) the foundry also made the bell for the State House in Philadelphia, which later became known as the Liberty Bell. 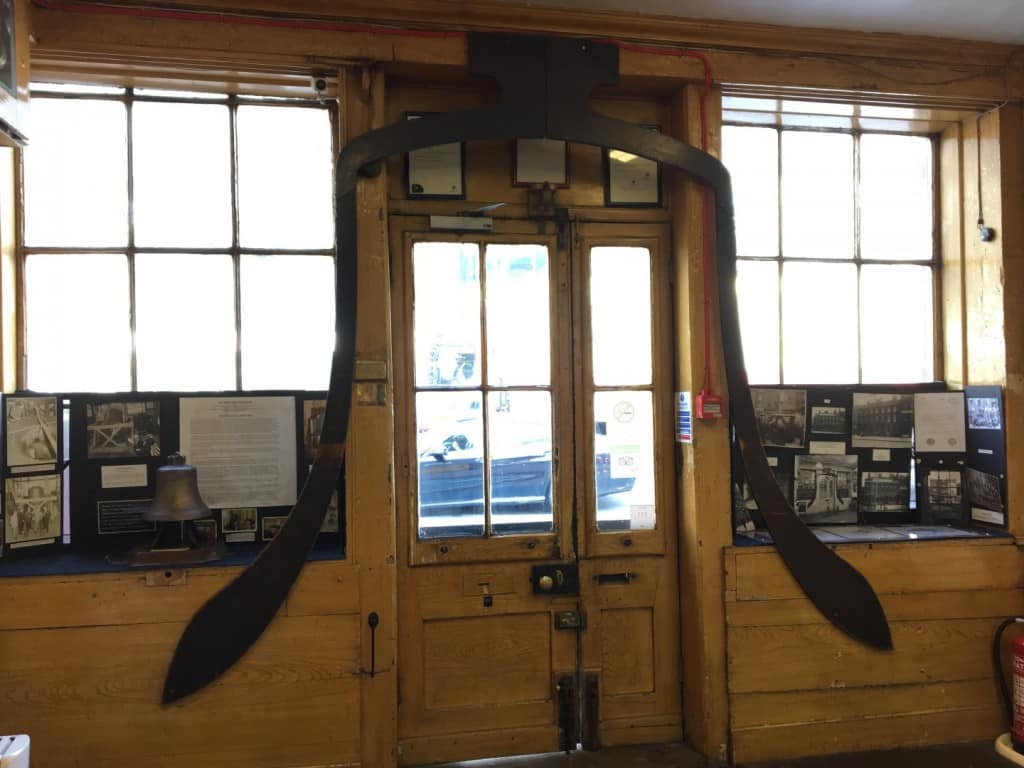 To-scale outline of Big Ben against the front door.

It was free to visit the site on Whitechapel Road, much of the interior is still from 1670. But for safety reason you, understandably, couldn’t visit the actual foundry. 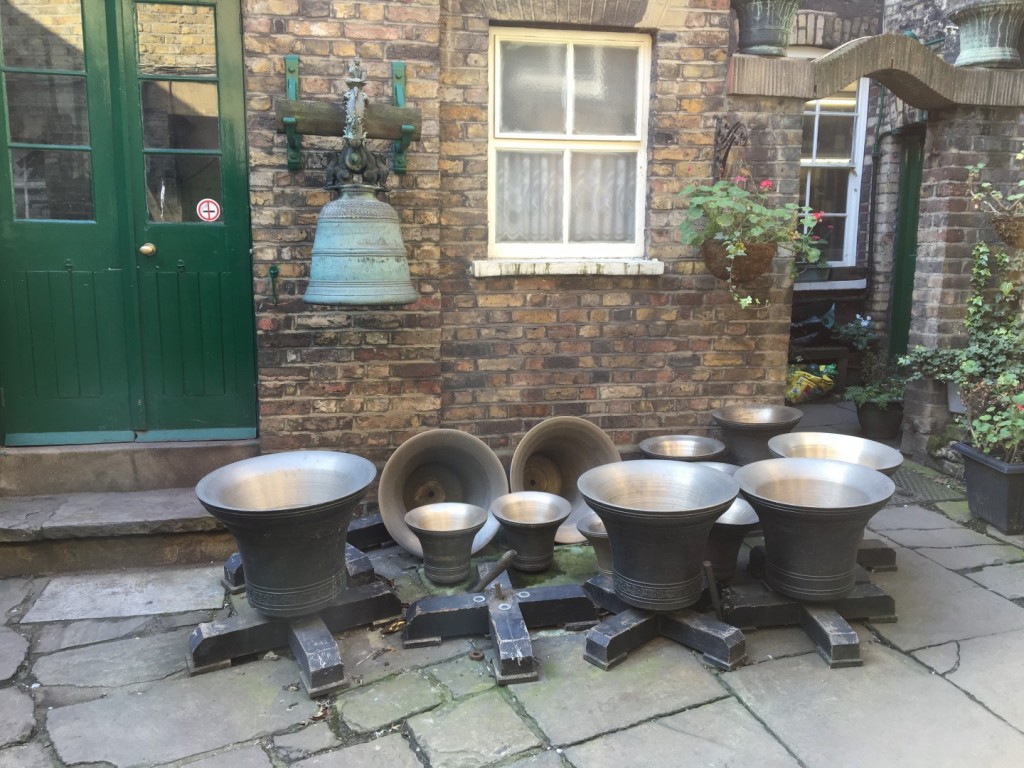 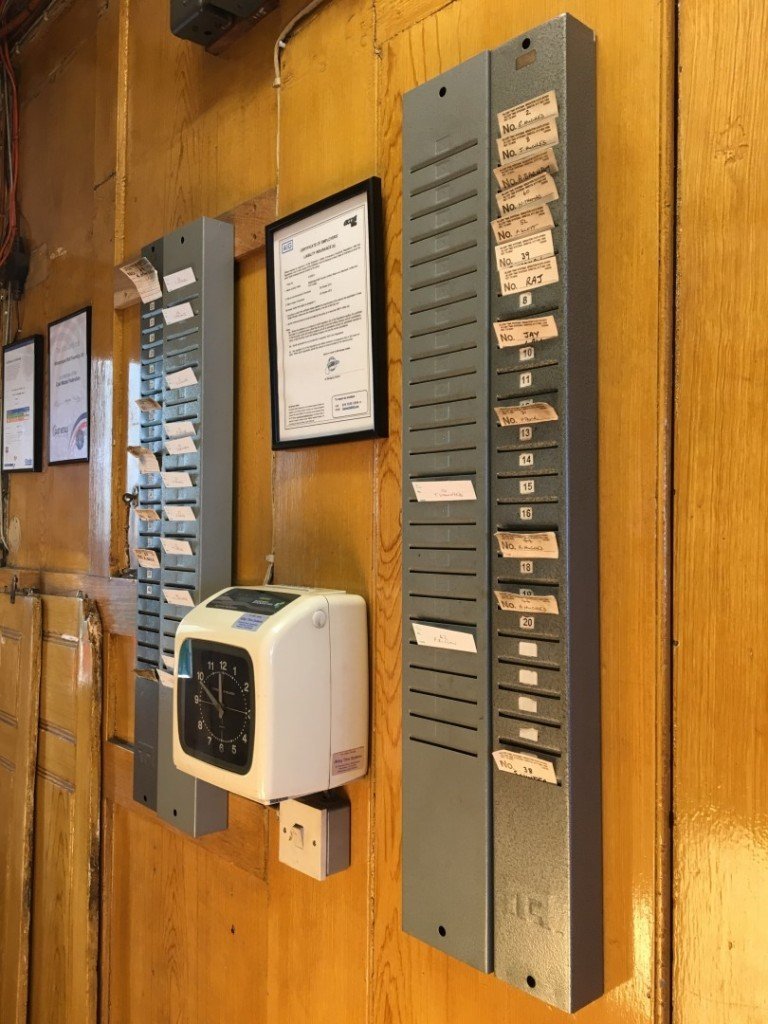 Punch cards showing that it is still a working foundry 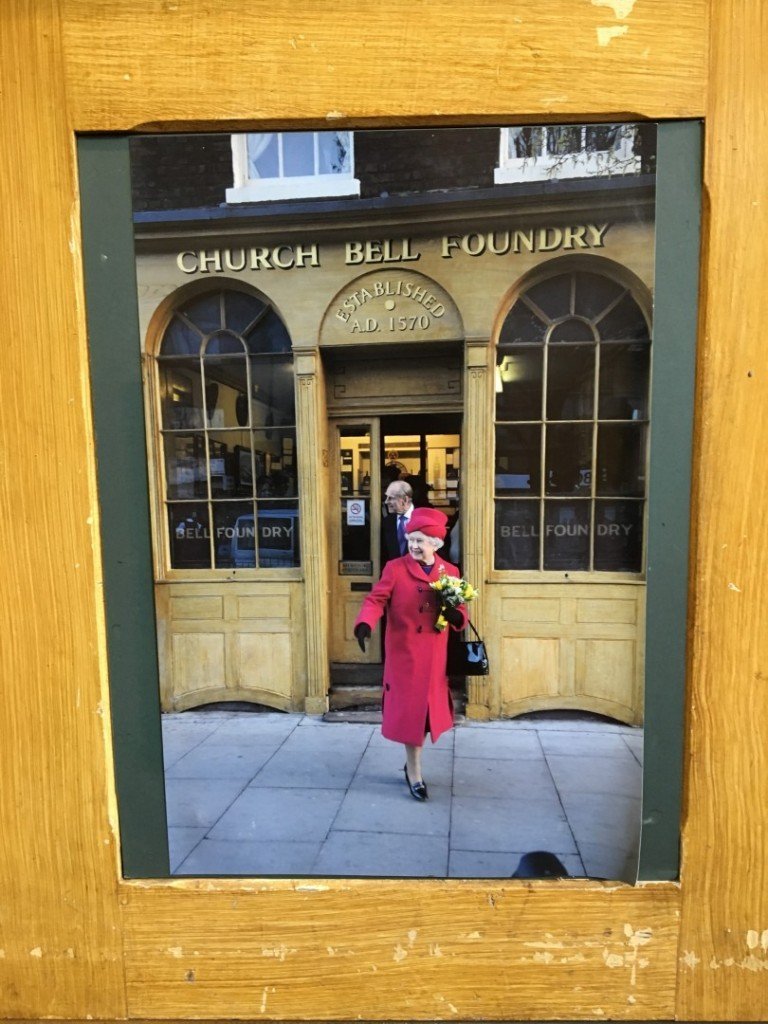 In early December 2016 the Whitechapel Bell Foundry announced it has sold its site, the owners deciding the time has come to vacate the premises.

“We have made this decision with a heavy heart, but in response to the changing realities of running a business of this kind. The business has been at its present site over 250 years so it is probably about time it moved once again. We hope that this move will provide an opportunity for the business to move forward in a new direction.” – Alan Hughes (current owner)

The current developers Radcliff and Capital are planning to turn the site into a ‘bell-themed’ Boutique Hotel.

If you’d prefer that Tower Hamlets seek other plans to redevelop the historic site as a working foundry you can email your objection to planningandbuilding@towerhamlets.gov.uk using the following guidelines;

HOW TO OBJECT EFFECTIVELY

Use your own words and add your own personal reasons for opposing the development. Any letters which simply duplicate the same wording will count only as one objection.

2. Give your full name and postal address. You do not need to be a resident of Tower Hamlets to register a comment but unless you give your postal address your objection will be discounted.

3. Be sure to state clearly that you are OBJECTING to Raycliff Capital’s application.

4. Point out the ‘OPTIMUM VIABLE USE’ for the Whitechapel Bell Foundry is as a foundry not a boutique hotel.

5. Emphasise that you want it to continue as a foundry and there is a viable proposal to deliver this.

6. Request the council refuse Raycliff Capital’s application for change of use from foundry to hotel.