Along Northumberland Avenue in Westminster you find the wonderfully picturesque Sherlock Holmes pub.

It’s delightful on the eyes and appears the quintessential Victorian London pub.

But out of sight there’s some hidden history of another Victorian gem. Or at least the remnants of it…

Known as the Charing Cross Turkish Baths, the site was one of nine owned by Henry and James Forder Nevill.

The number is a bit disingenuous as four venues were really two; split between men and women. Today it’s the women’s entrance on Craven Passage (formerly Northumberland Passage) where you can find the only bit of surviving visual evidence. 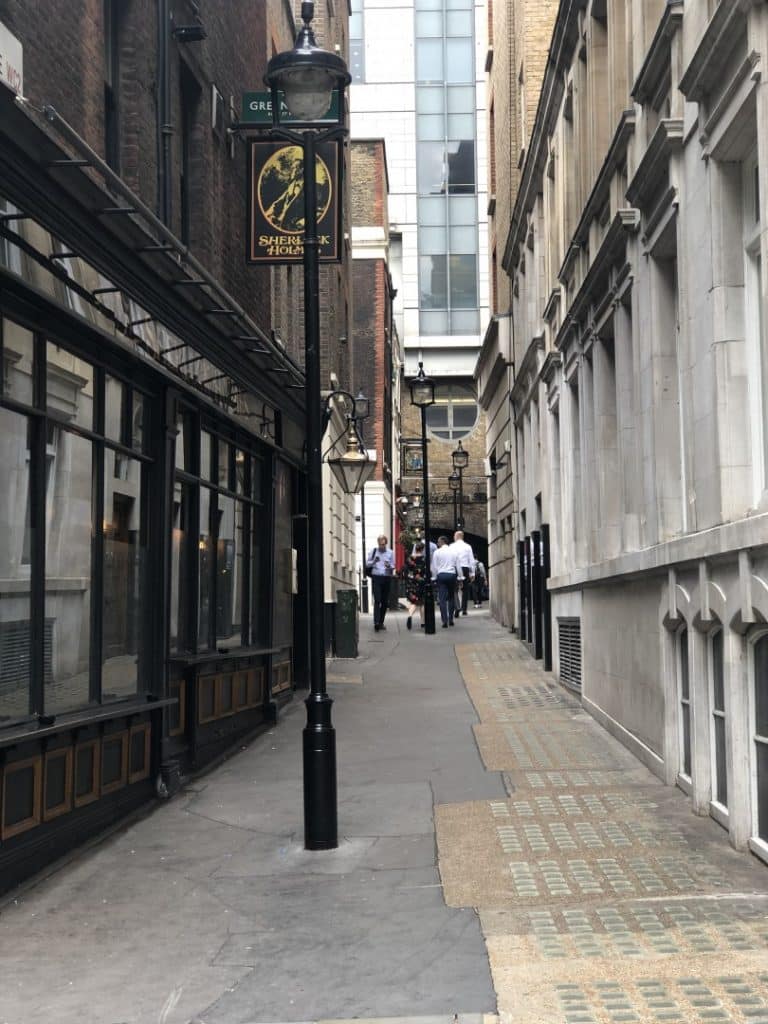 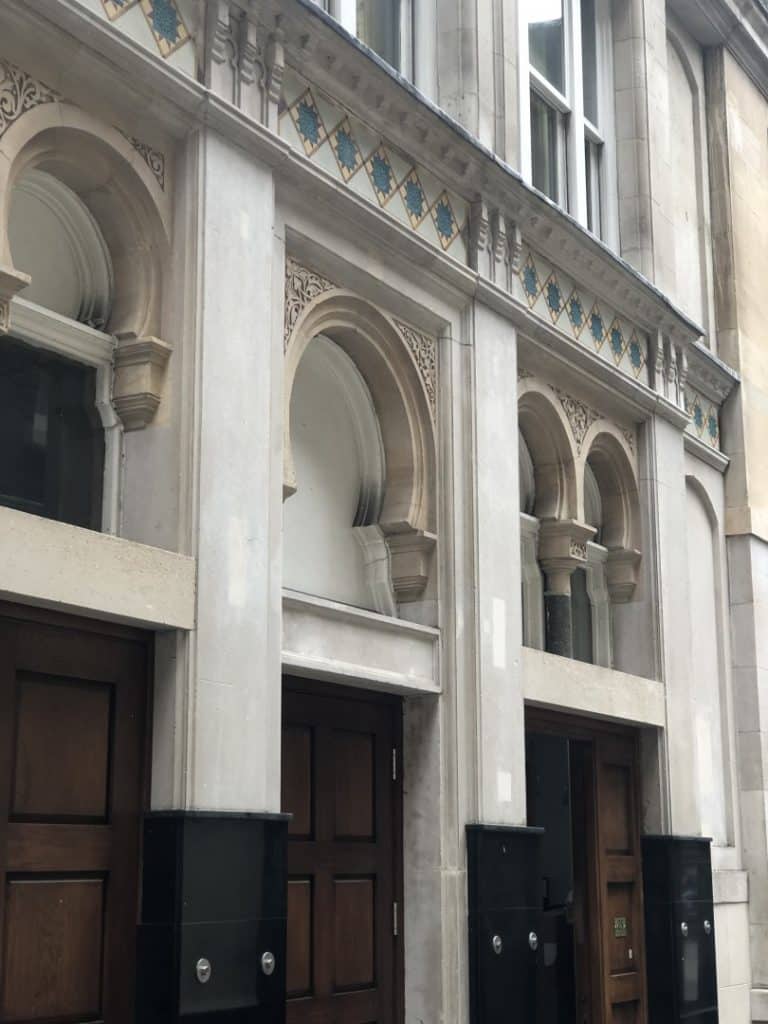 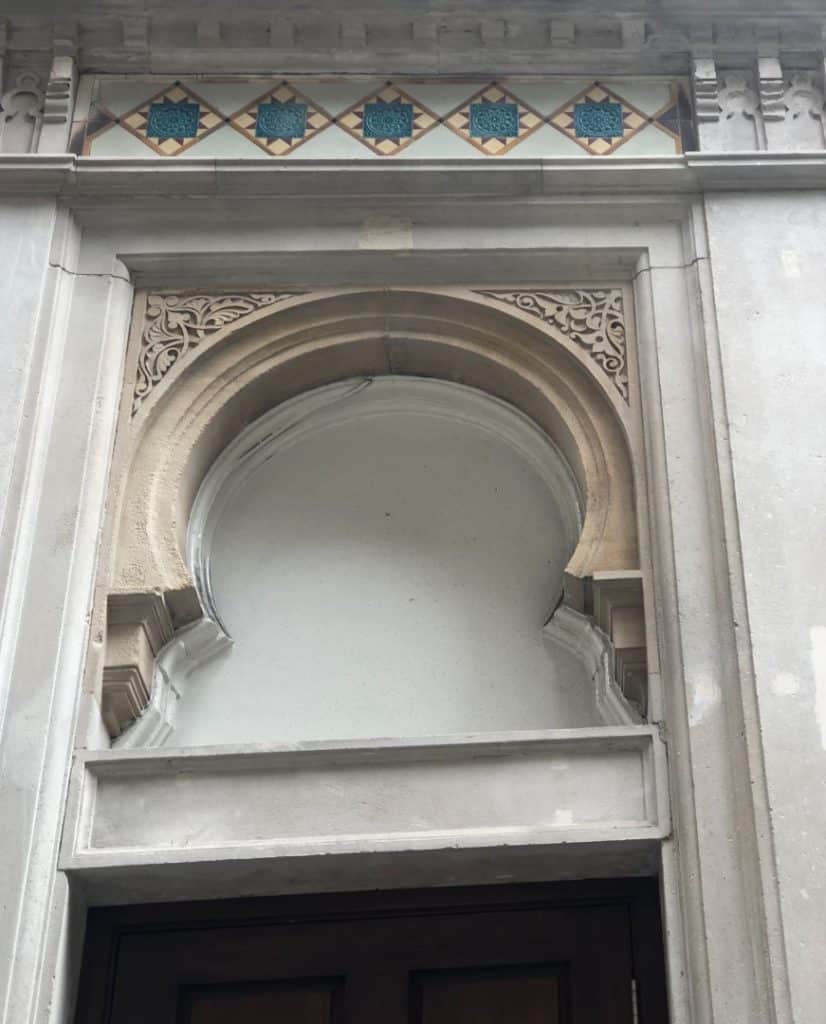 The scrap of decoration doesn’t at all do the former baths justice. But thankfully there is a surviving image of the interior, specifically the ground floor cooling room;

Happily, a more complete Nevill’s Turkish Bathhouse can be found on the other side of London by Liverpool Street. 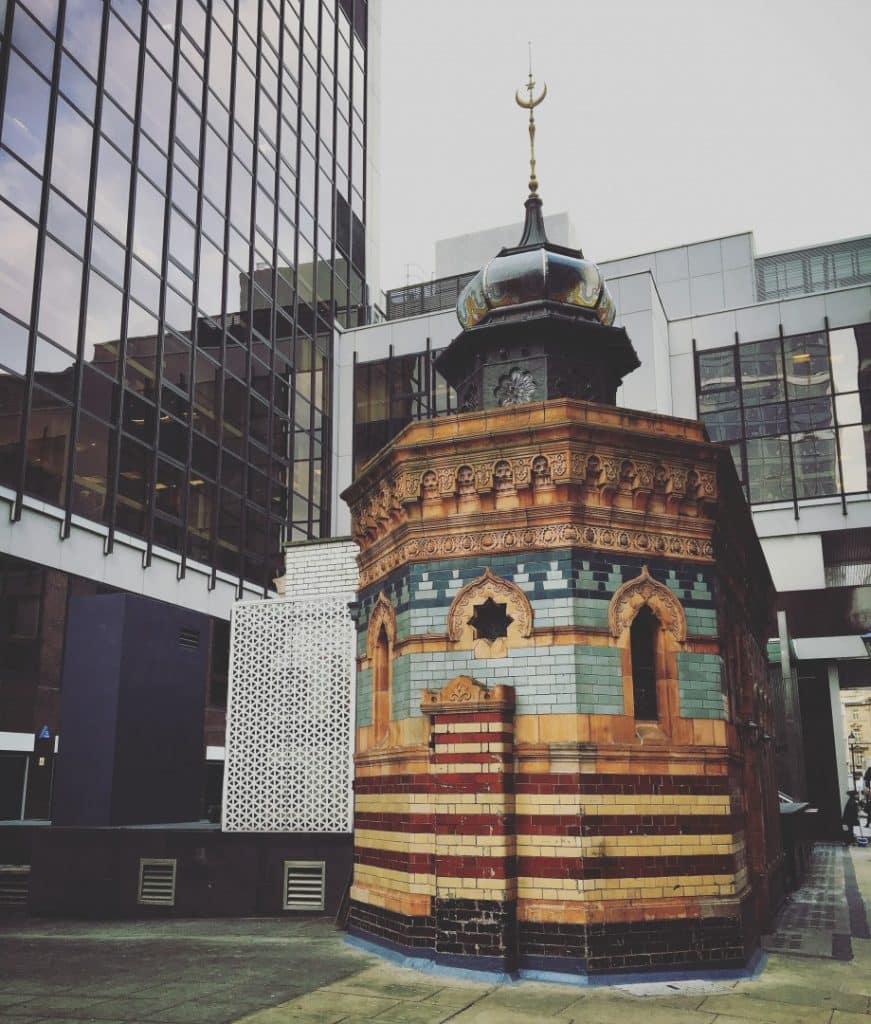 This one was finished in the 1890s, also designed by Elphick, and today it’s an event space and bar.

And just in case you thought including the pub was superfluous, there’s actually a fun link with the former bathhouse.

It gets a mention in the Sherlock Holmes novel ‘The Illustrious Client“, Dr Watson narrates;

“Both Holmes and I had a weakness for the Turkish bath … On the upper floor of the Northumberland Avenue establishment there is an isolated corner where two couches lie side by side, and it was on these that we lay upon September 3, 1902, the day when my narrative begins.”

The baths closed in 1948 and sadly, a peek through an open door while the site is being renovated reveal no saved interior decor. There’s a sign for a new business on the door but there’s not much information about it.

However do look up and admire what’s left on the outside, possibly while having a refreshment in the nearby drinking establishment!