Why You Should Visit The Garden Museum

in Churches and Graveyards, London, Look Up London, nature, Quirky Museums, Things to do in London
0 Comments

After 18 months of restoration and extension, one of London’s little-known museums has opened its doors again. Here’s why you should visit the Garden Museum.

There has been a church on this site since 1062. First wooden, it was rebuilt in stone from the late 11th century and reached its peak of importance and splendour in the 12th century. At that time it was church to the Archbishop of Canterbury’s London residence; Lambeth Palace. 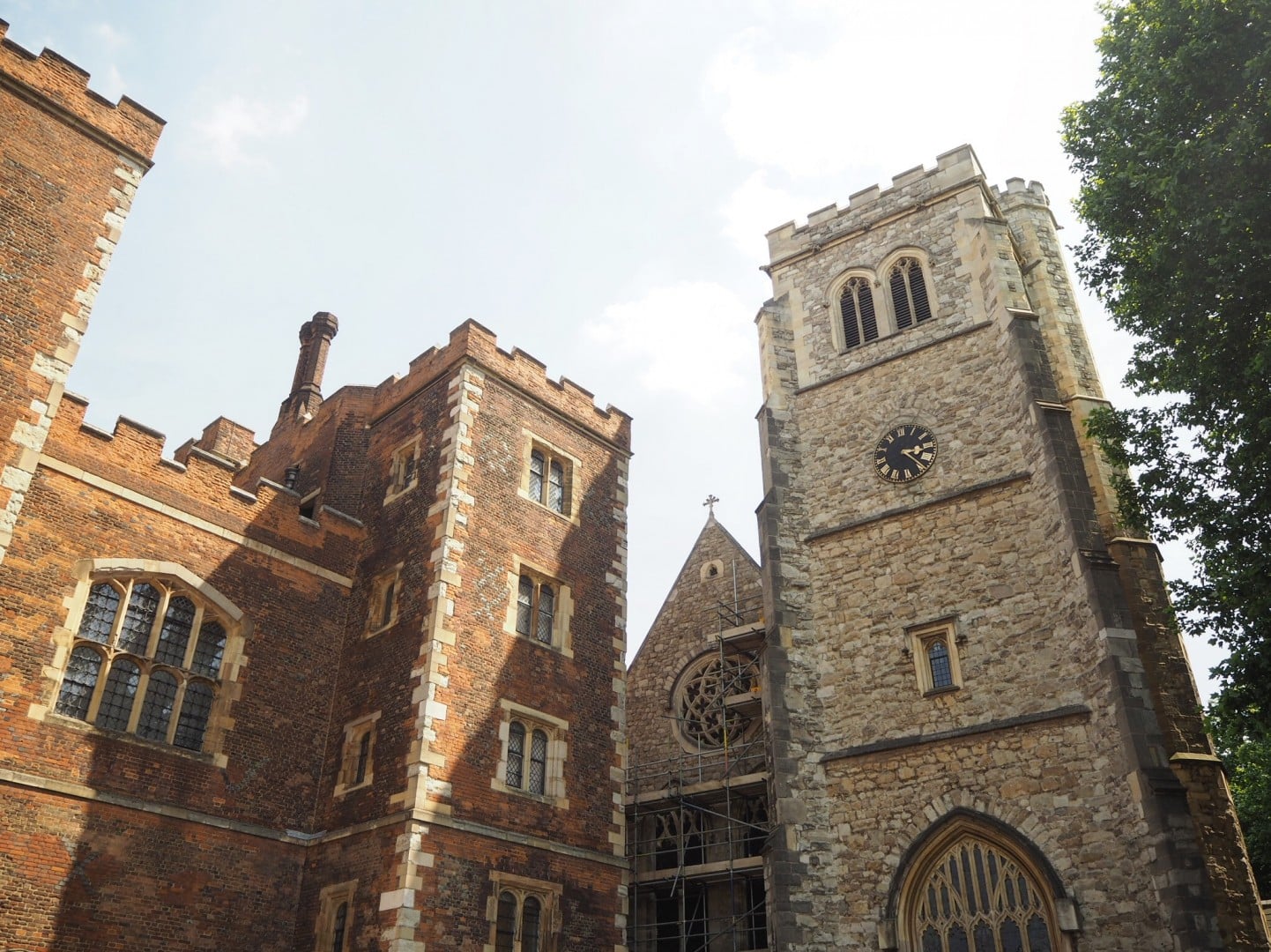 Why the Garden Connection?

In 1638 the plant hunter John Tradescant the Elder was buried here. Seen as the first great gardener, he travelled the world collecting seeds and bulbs (along with other strange curiosities) which he then kept in his ‘Ark’ in Lambeth.

This green gene must’ve been passed down to his son, John Tradescant the Younger. He continued to add to their family collection and succeeded his father’s role as Head Gardener to Charles I. 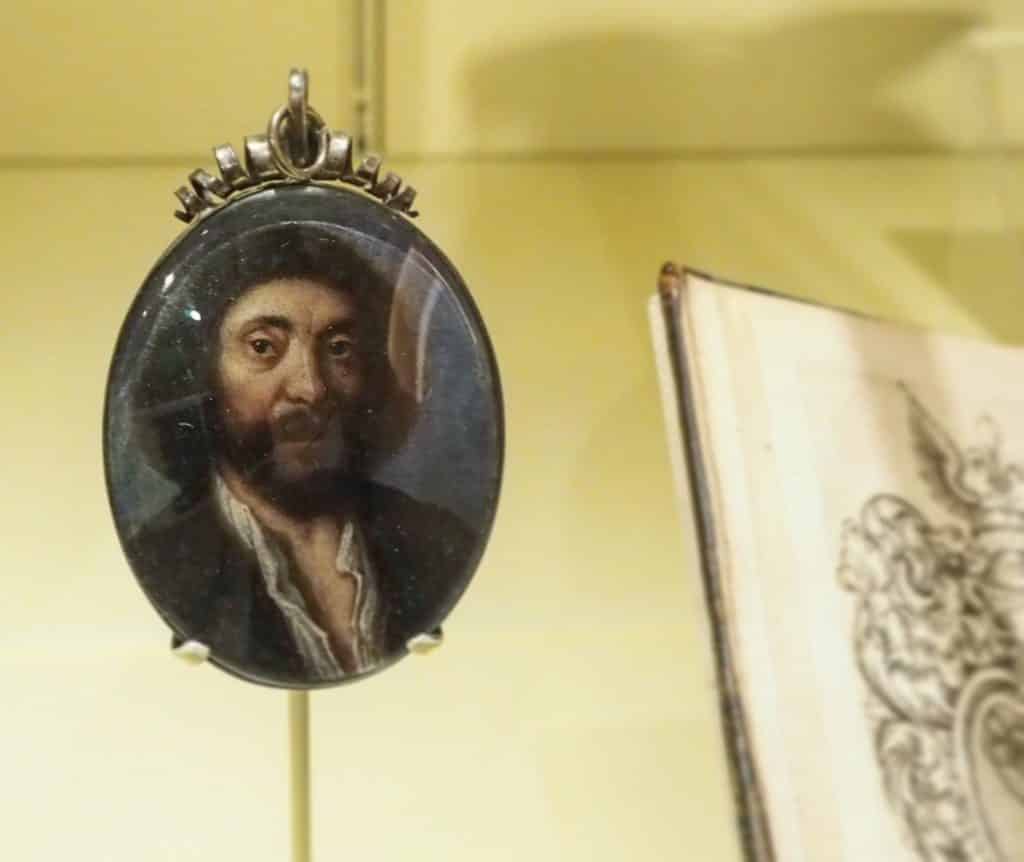 In 1977 St Mary’s Church was abandoned, run down and facing demolition. However, Rosemary Nicholson rescued the building by proposing the idea of a Garden Museum and incorporating every remaining feature of the church into the new space.

As admirable as this project was, the museum wasn’t quite it for purpose.

The inside space has been redesigned and equipped with proper lighting and heating. Previously the building was so cold that they couldn’t host events or invite school groups between October and April. Even the Director of the museum, Christopher Woodward, admitted staff went home early in Winter because of the extreme cold.

Now it’s kitted up with all the necessities, but can also show off more of the collection; displaying around 1,000 objects, when previously it could only show 140. 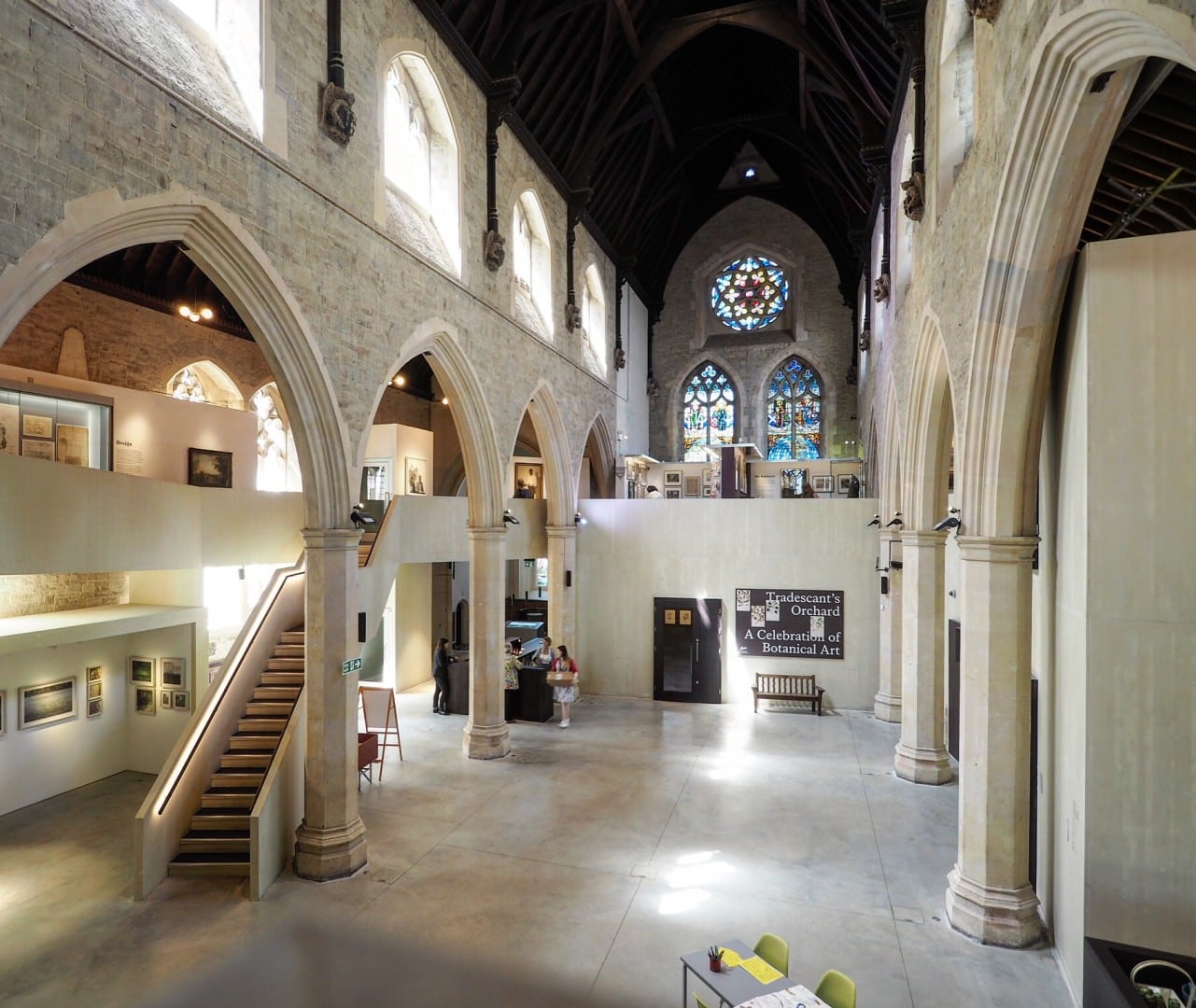 They’ve also built a swanky new cafe around a garden courtyard which is quite lovely. 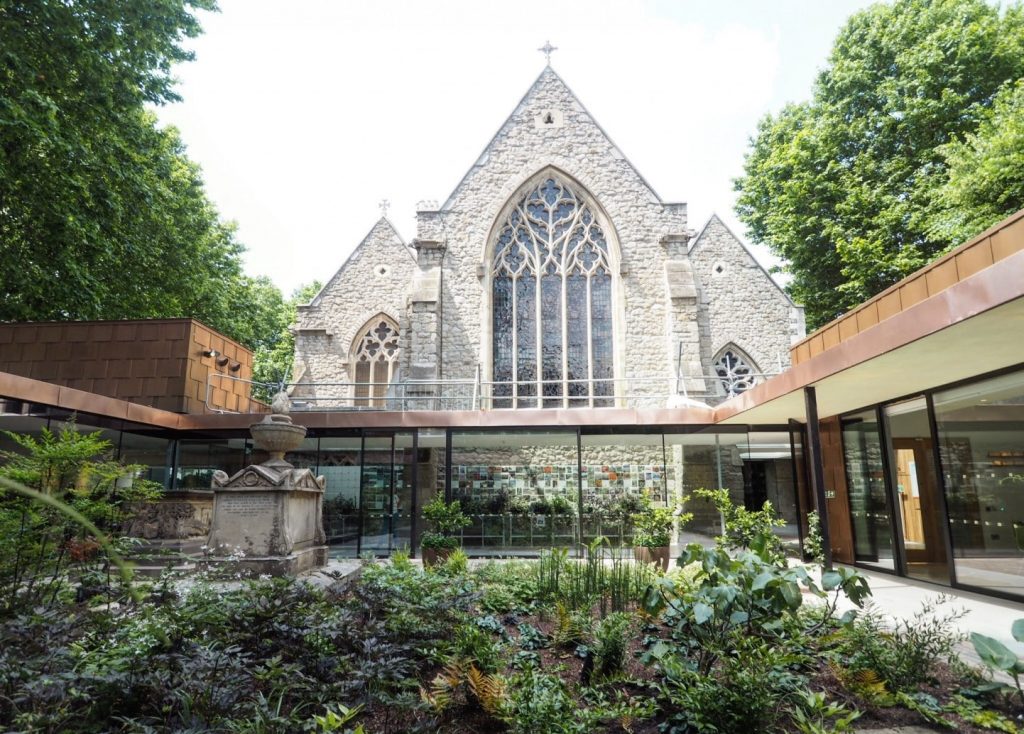 The Bligh tomb in the centre of the courtyard.

So What’s On Display?

I’ll be the first to admit that gardens are neither my passion, nor expertise. But even I, as a stubborn urbanite, found pleasure in the museums’ collection.

Separated into sections, you’re first guided through a history of gardening from tools, to pesticides and design.

Here’s a few of my favourite finds 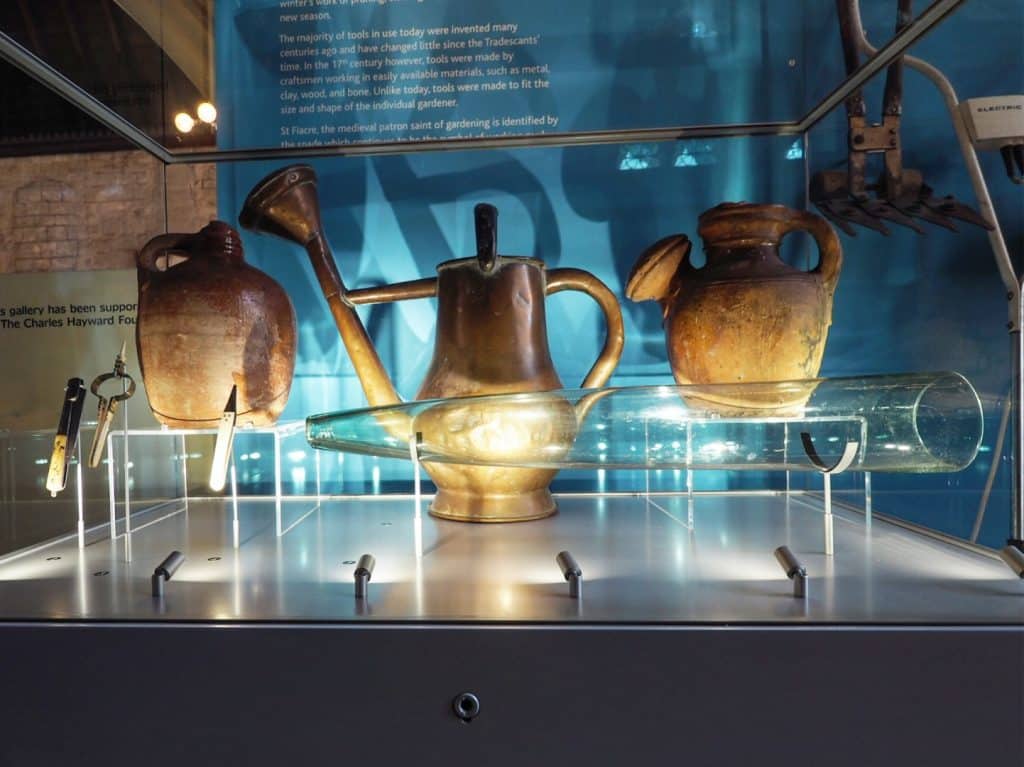 Objects like a 16th century watering can and the large glass Cucumber Straightener – bottom right – invented by George Stephenson (when he wasn’t working on locomotives) to keep his prize cucumbers on the straight and narrow. 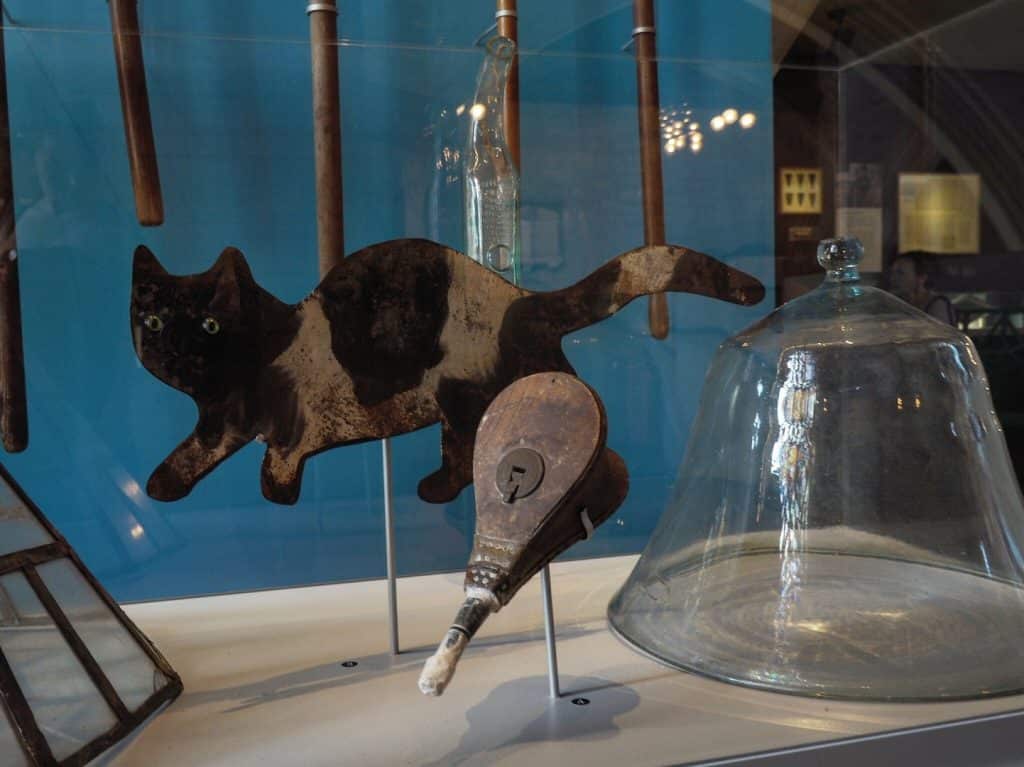 This weird looking metal cat is a bird scarer from the 1920s, complete with glass eyes! 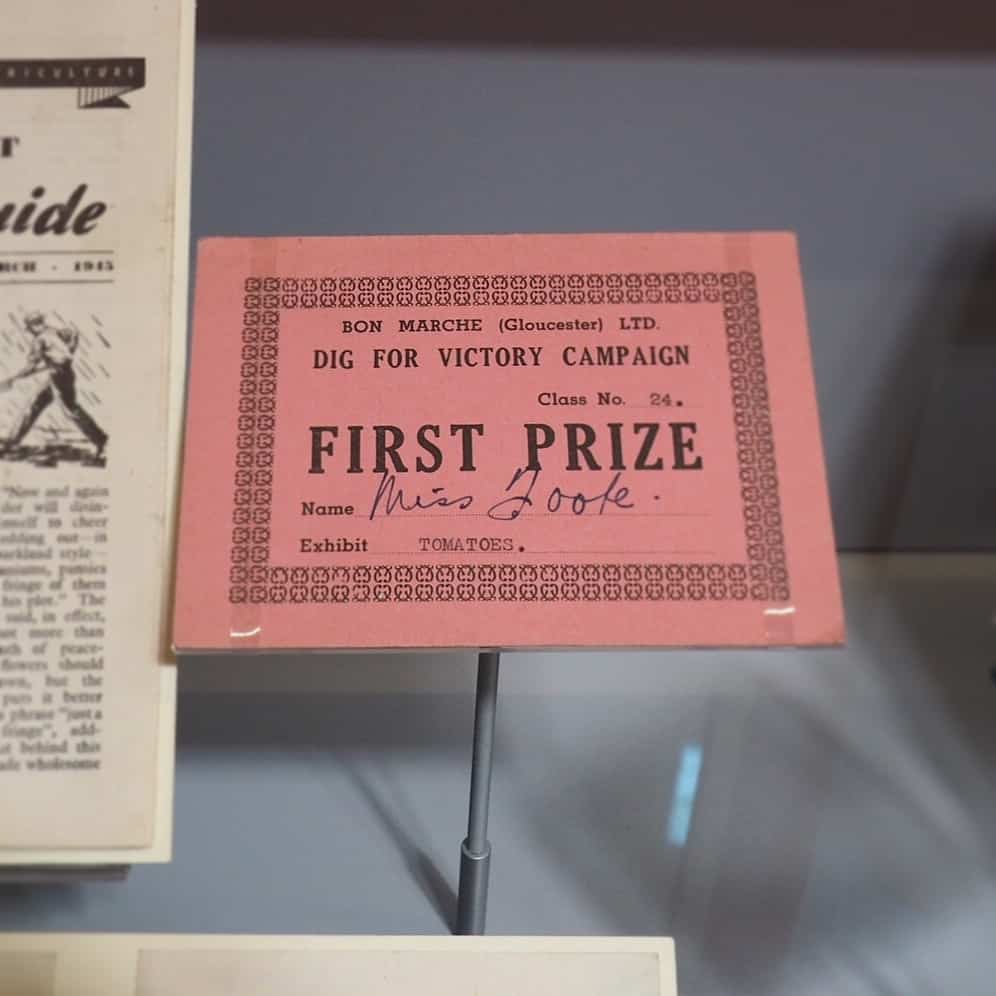 Dig for Victory campaign certificate, awarded to Miss Foote for her tomatoes in the 1940s. Shows were held across the country during WWII to promote growing your own vegetables for food. 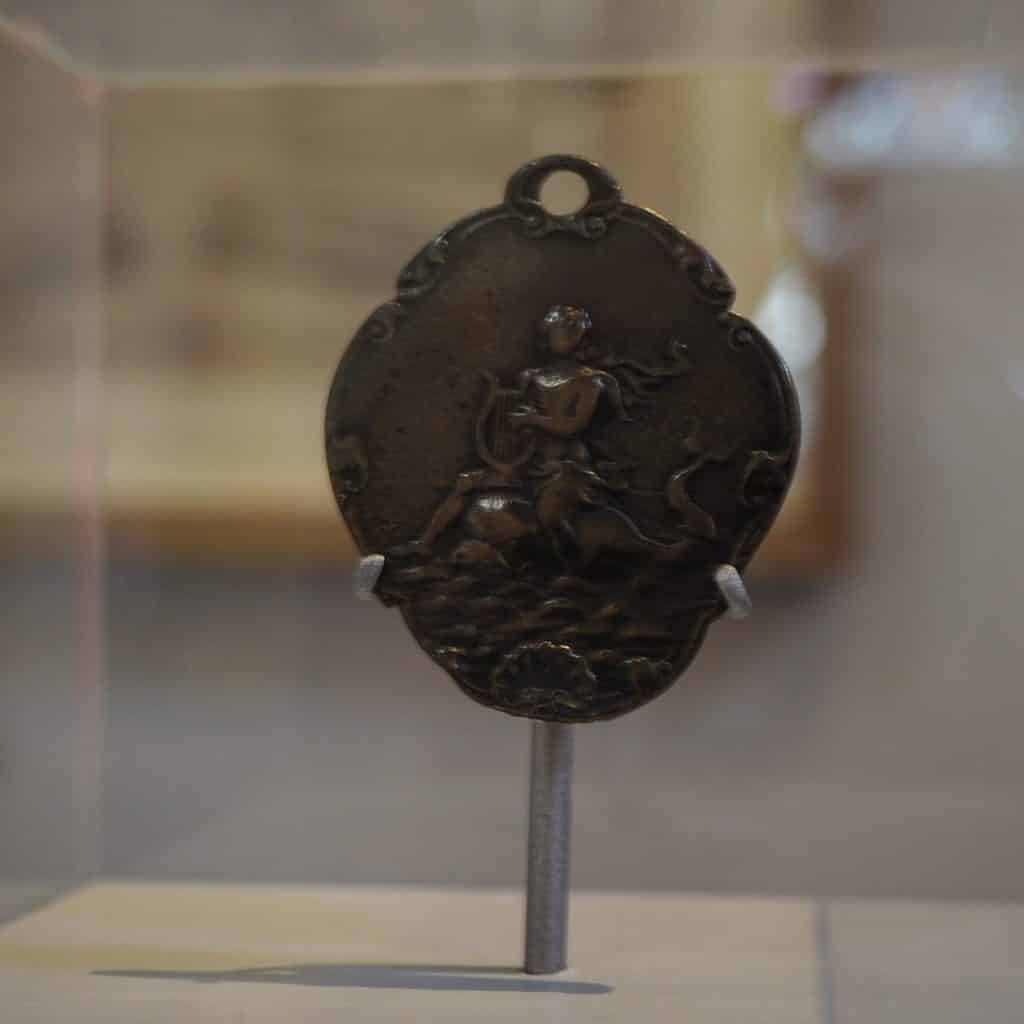 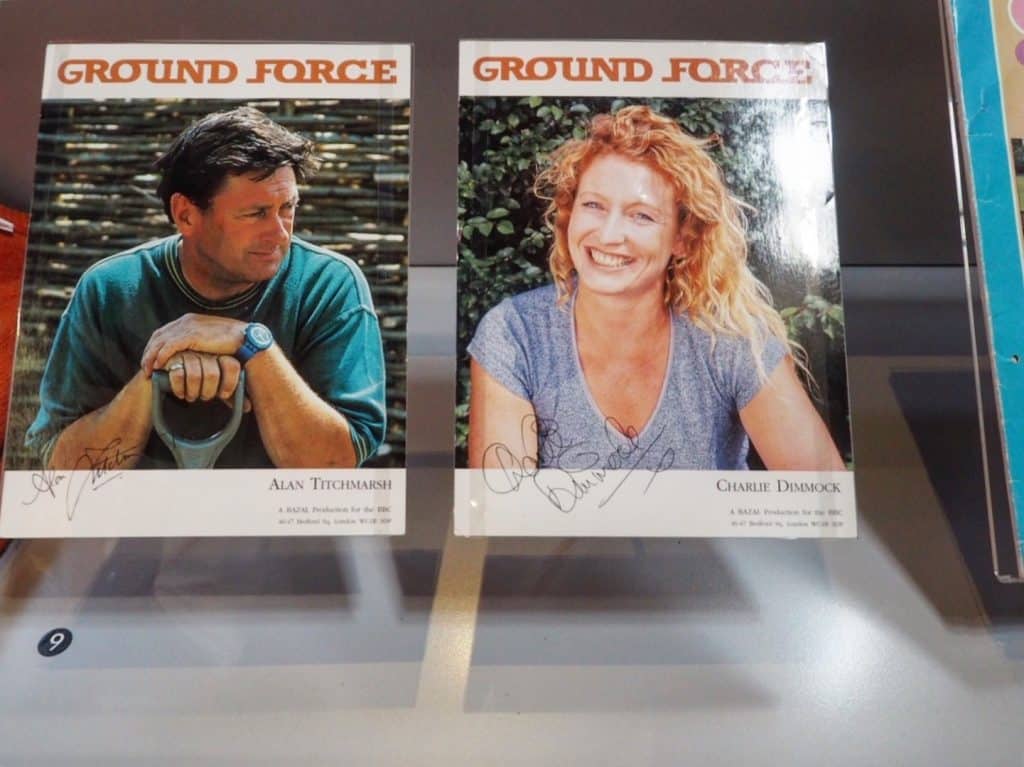 Does anyone remember Ground Force? It was Britain’s most popular gardening tv programme, getting 12 million viewers between ’97 and 2002. Here’s signed photos of Alan Titchmarsh and Charlie Dimmock who presented the show alongside builder, Tommy Walsh.

And of course you can’t have a garden without… 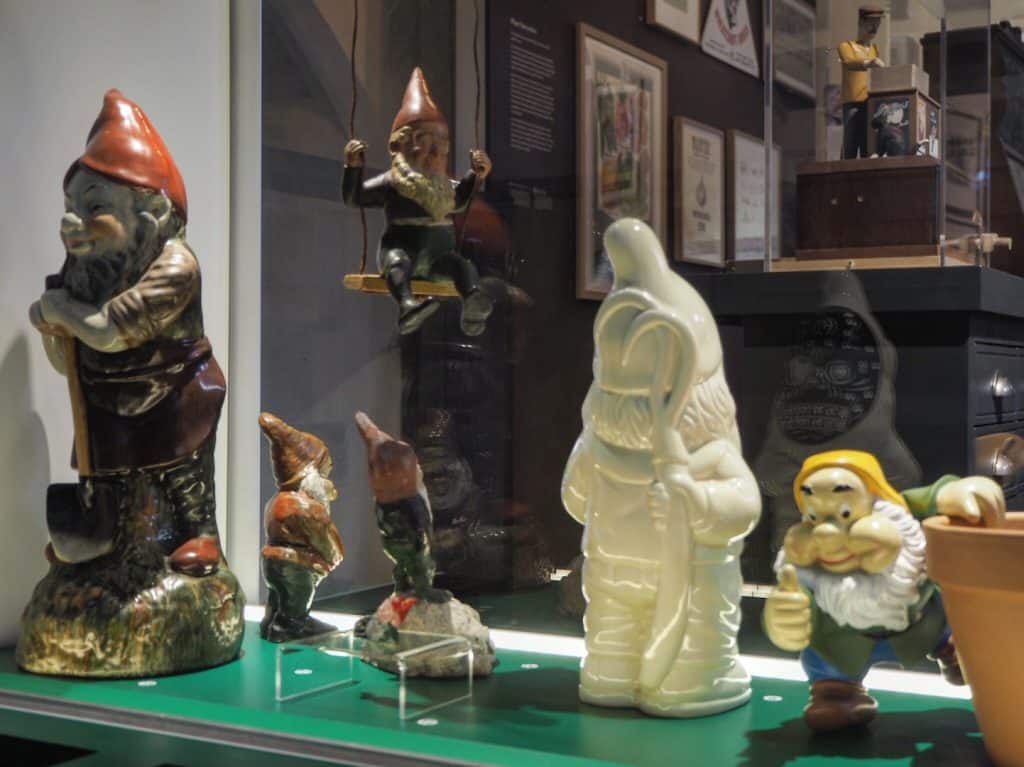 The Garden Museum has gnomes dating from the early 1900s to present. Garden gnomes first appeared in Britain in grand country houses and from the 1850s when Sir Charles Isham brought 21 terracotta figures to decorate the rockery of his garden in Northamptonshire.

Earlier I mentioned Tradescant the Elder’s Ark, a collection of objects both natural and manmade. This bizarre museum of curiosities became the foundation of the Ashmolean Museum in Oxford, and now – 300 years later – some of the objects have returned to a specially designed room in the Garden Museum. 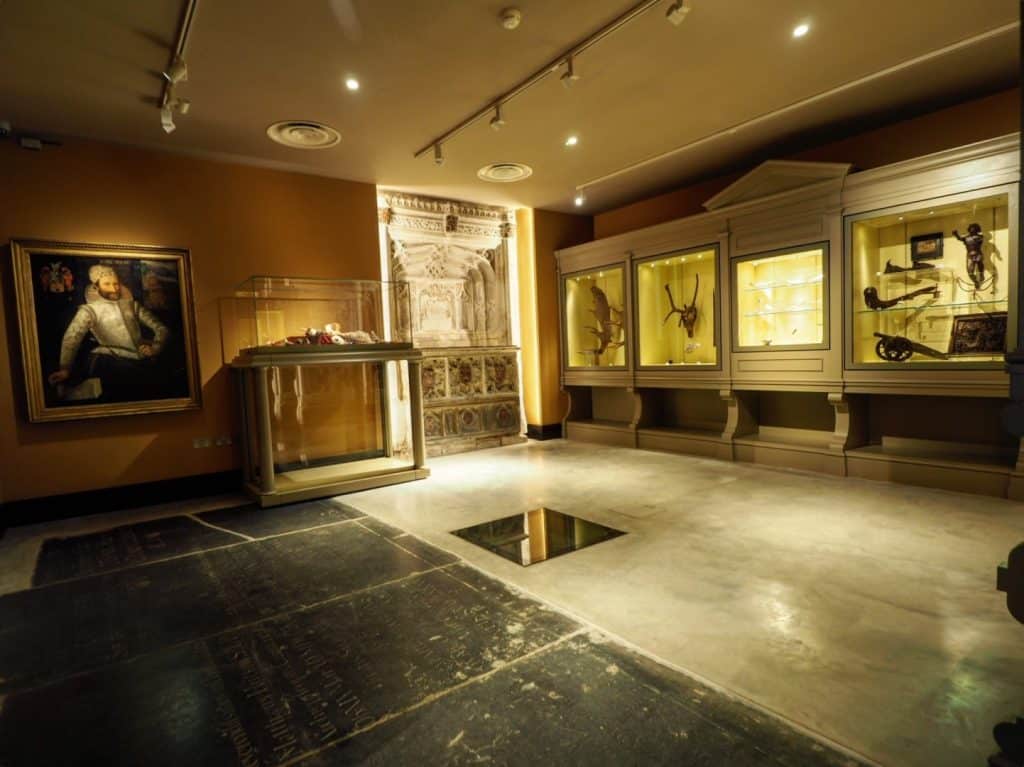 This little treasure trove has an eclectic mix of stuff. From a still life display of shells; 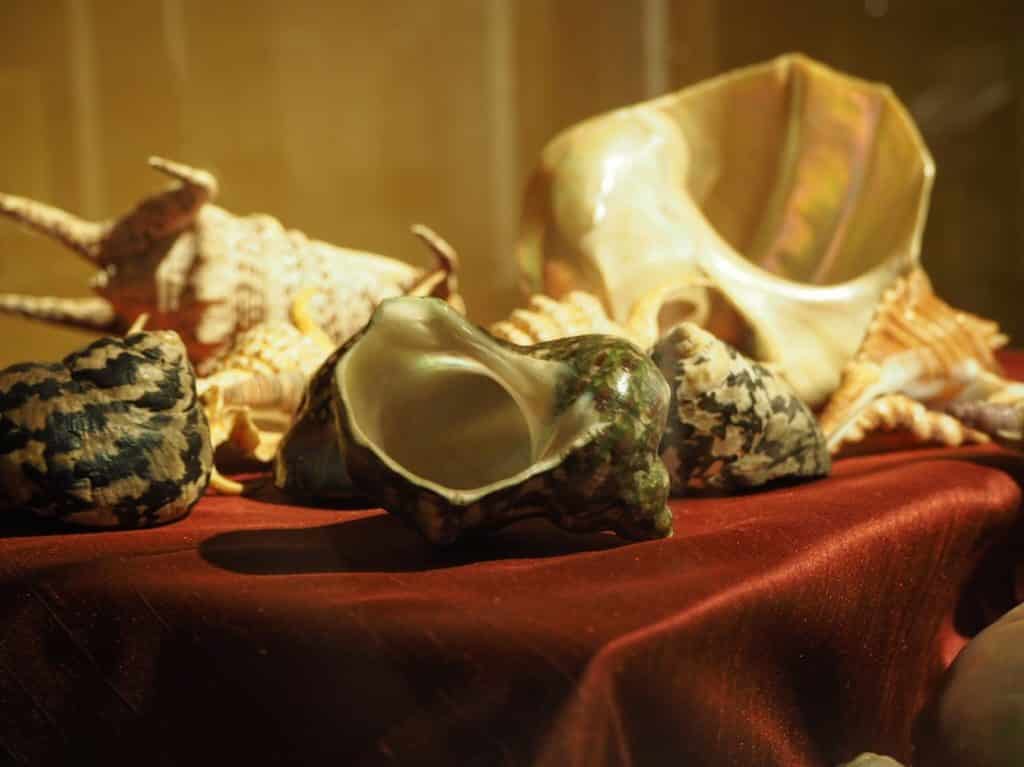 To a cast of a Dodo’s head, discovered by Europeans in Mauritius in 1598, Tradescant brought a bird back to England and his Ark, commenting in his diary that it was ‘too fat to flie’. 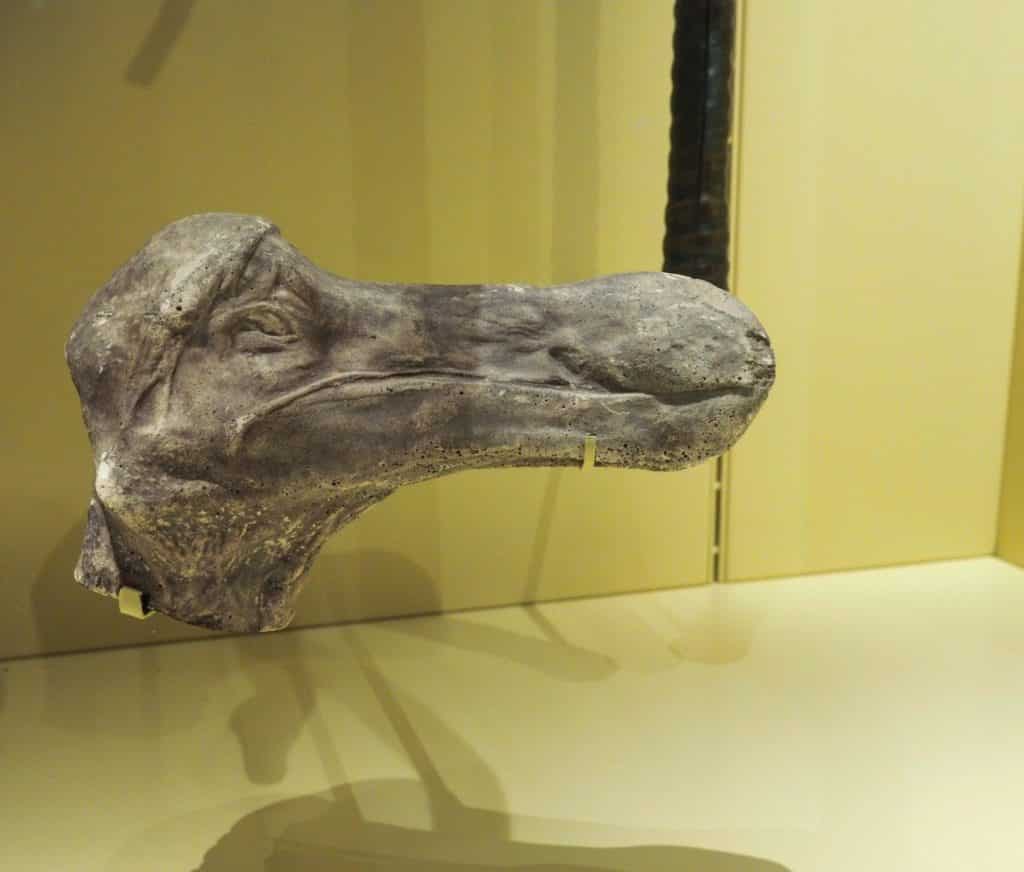 But the weirdest thing is the ‘Vegetable Lamb’… 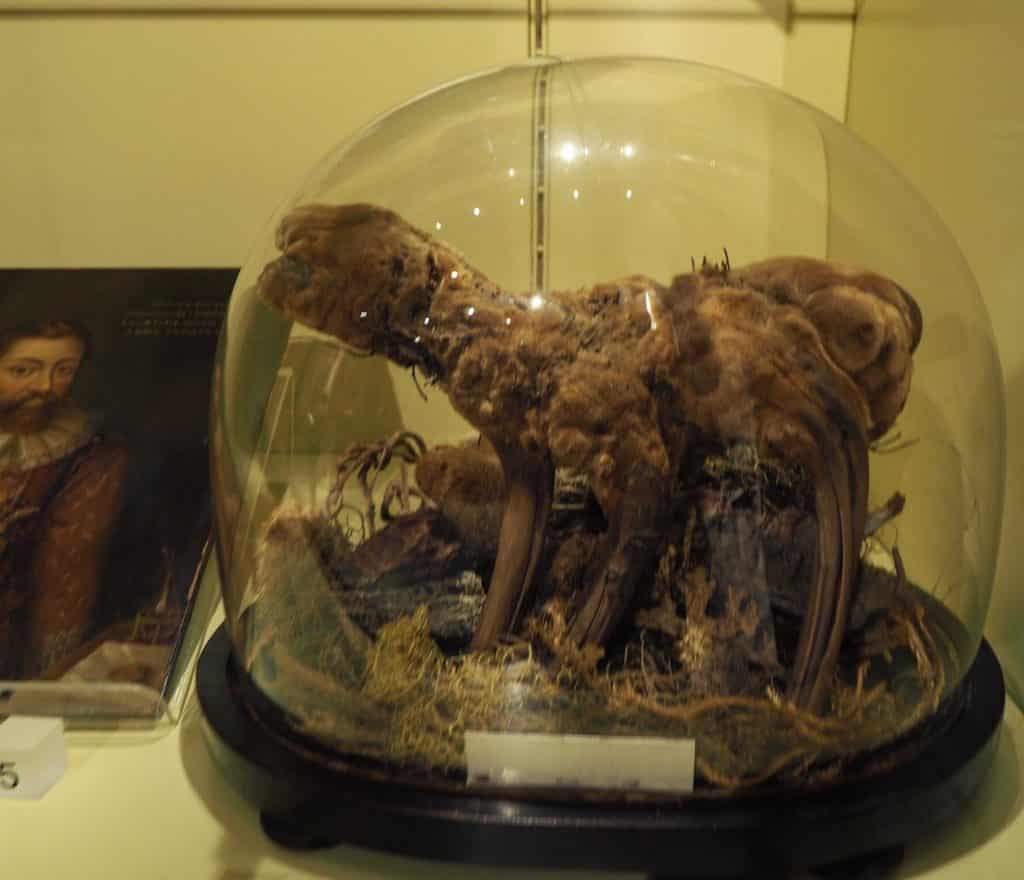 17th century scientists believed that in the South of Russia lived a creature who was half-lamb and half-plant. This so-called vegetable lamb would grow on stalks of plants and eat everything around it before it died. In reality there were carefully arranged fern roots, which don’t quite look as convincing today!

And last but not least…

The tower dates from 1377. It’s open to the public but only small groups are allowed at a time and you must be accompanied by a staff member. You make your way through a tiny door and up a very claustrophobic spiral staircase. 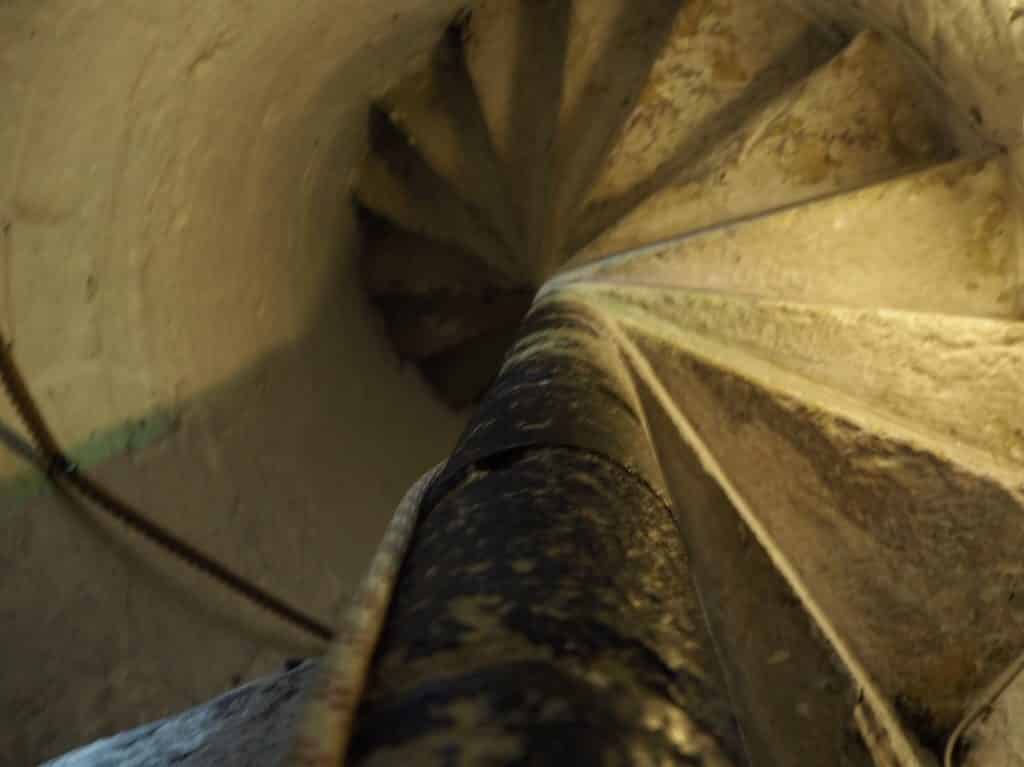 Then, 131 narrow stone steps later, this is your reward… 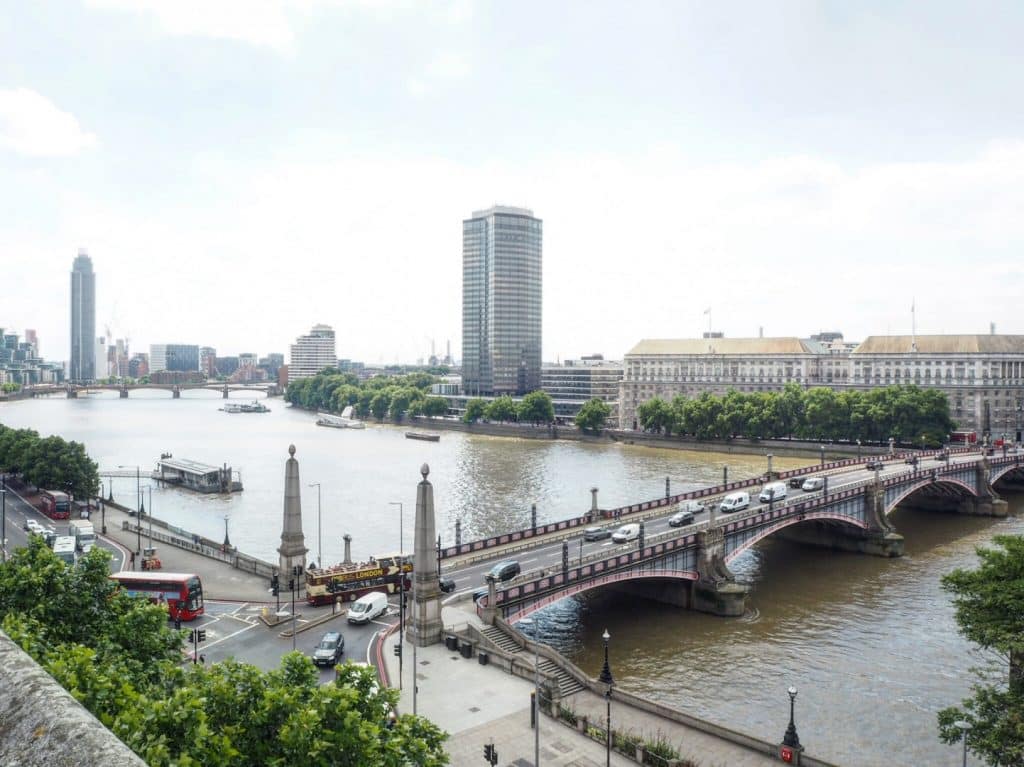 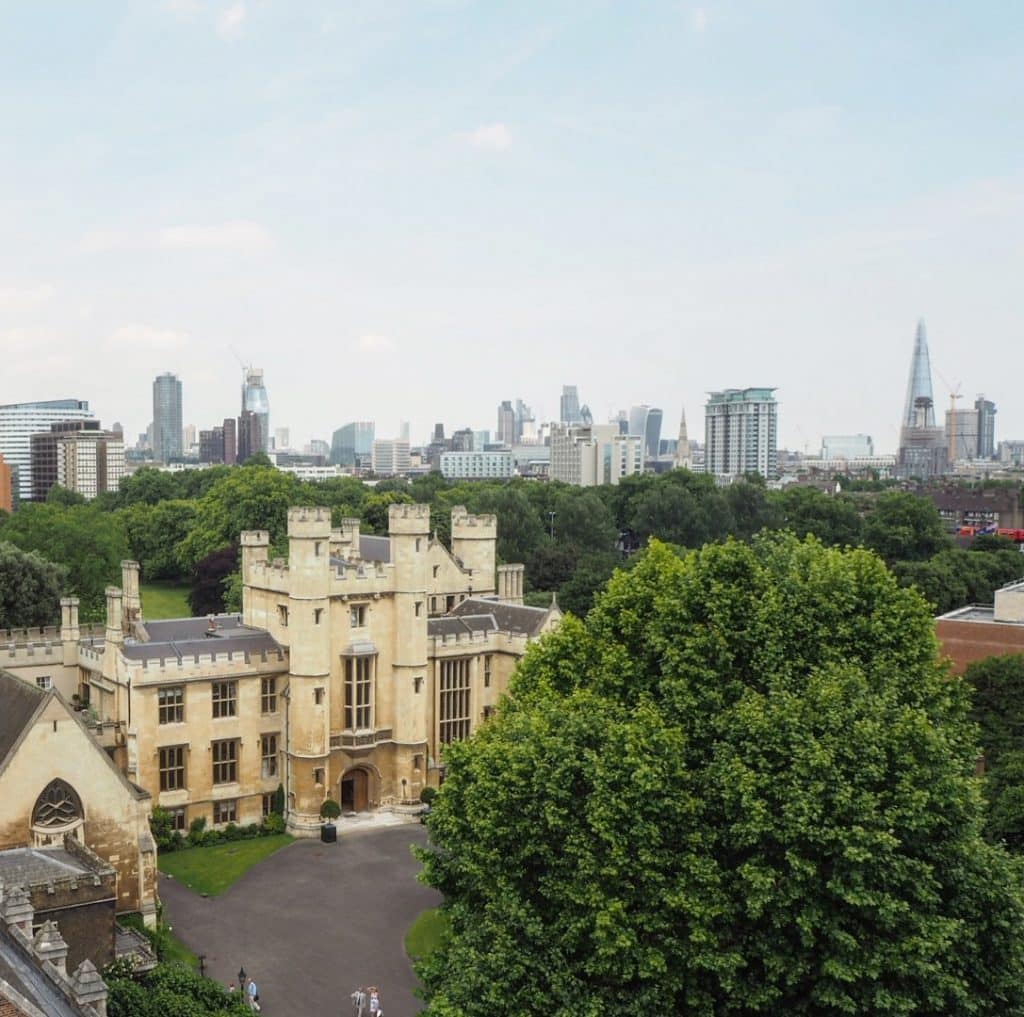 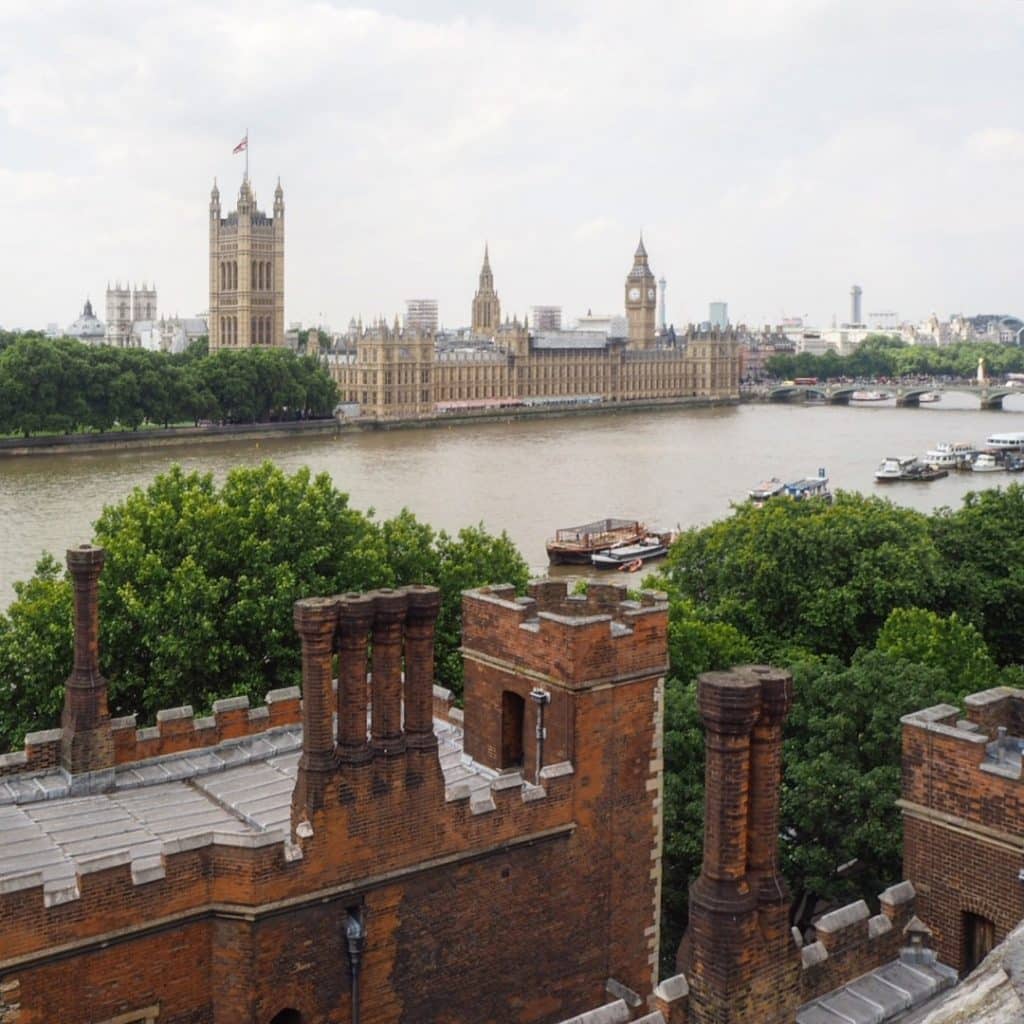 You can visit the Garden Museum daily, 10.30-5pm. Entrance costs £10 for adults and £5 concession with an extra £3 to climb the tower (dependant on weather conditions and staff availability). You can find out more and book an advanced ticket here.

It’s right by the Southern end of Lambeth Bridge, opposite the Houses of Parliament. 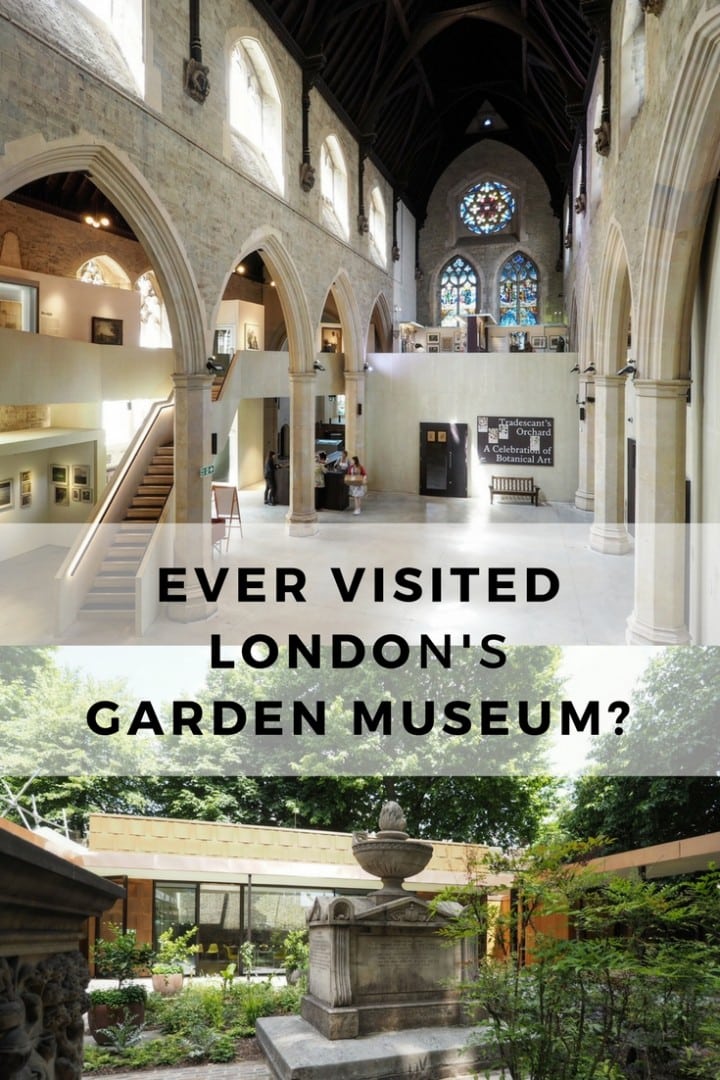