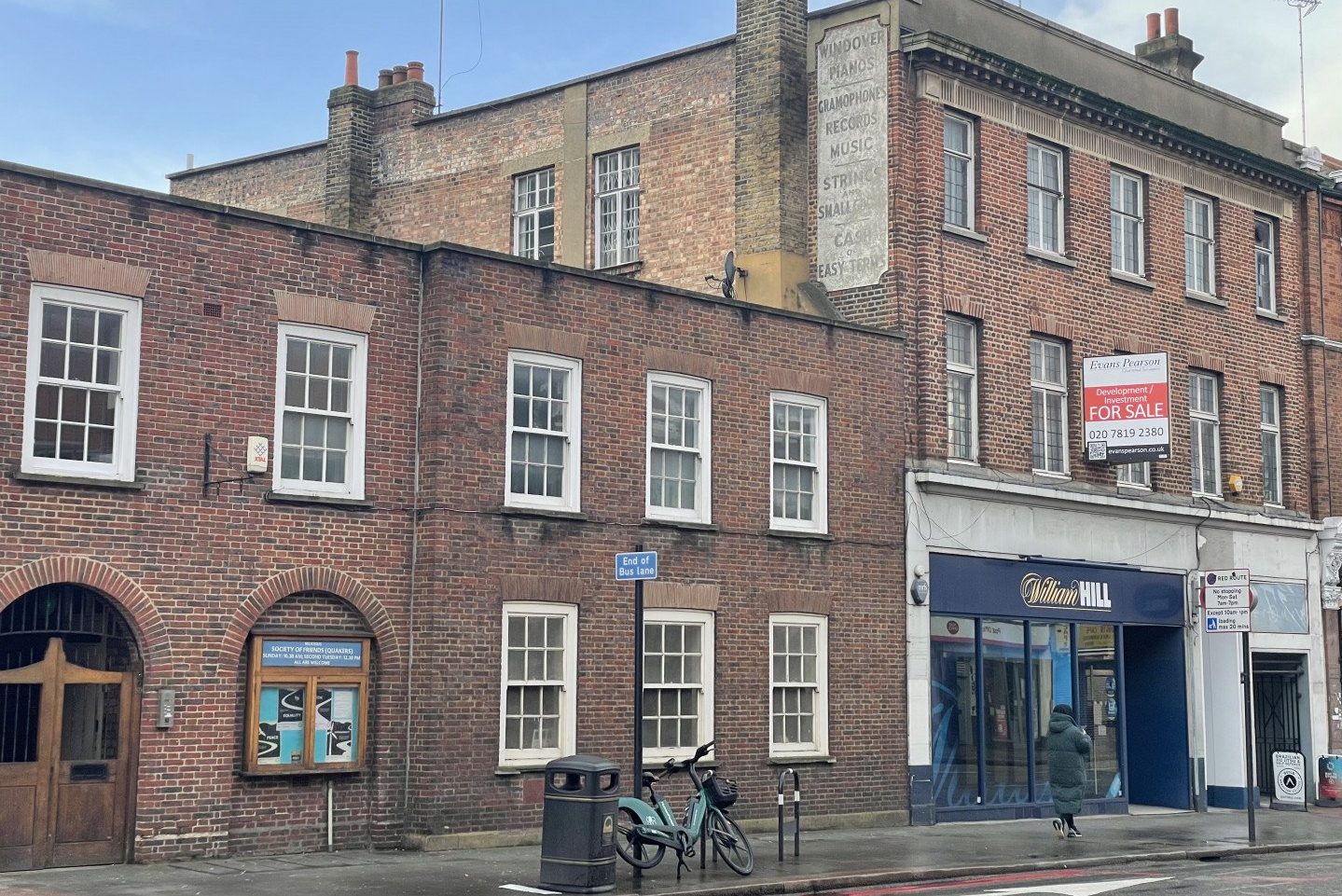 Even if you do take a moment to appreciate the ‘Society of Friends’ sign, you might not realise quite how historic a building it is.

Built in 1778, this is the oldest surviving Quaker Meeting House in London.

A Brief History of Quakers

During the religious turmoil of the 17th century a number of non-conformist Christian sects gained popularity.

The Quaker movement was founded by George Fox who promoted the idea that everyone could have a direct relationship with God and this wasn’t dependant on fancy churches or a hierarchy of priests.

We might not think this sounds particularly radical today, but Quakers were one of the most feared and persecuted sects during the 17th century, particularly as they refused to swear oaths to the King and – gasp – allowed women to speak in meetings.

By 1660 there was around 30,000 in Britain but only 2 years later the Quaker Act, also known as the Act of Uniformity, forcing subjects to swear the oath of allegiance to the King and banning meetings or 5 or more members.

It was only with the Toleration Act of 1689 that Quakers were able to worship freely. The country’s oldest surviving Meeting House is in Hertford, dating from 1670.

History of the Wandsworth Meeting House

It begins with a local Quaker, Joan Stringer, who lived on the site in a small house with a shop and three sheds. In 1674 she leased her property to the Society of Friends and later that year the first Meeting House was erected.

In the garden is the gravestone, dated 1697, which records her as the ‘giver of the ground’ a phrase which just has the loveliest ring to it.

There are a number of burials in the garden behind the meeting house and it’s such a peaceful oasis.

The current meeting house (which received Grade II listed status in 1983) dates from 1778, replacing an earlier wooden building from 1731.

This sits behind an earlier house, built late 17th or early 18th century, seen from Wandsworth High Street. This facade has been substantially refurbished over the years and a small plaque confirms that the new facade was built in 1927.

However there are plenty of original features, 18th century flagstones survive, forming a passageway into the hall.

Inside the meeting hall is plain, in-keeping with Quaker traditions, but contains the original wall paneling, floor and some fixed benches.

In a Quaker meeting there is no vicar to preach a sermon, nor hymns or readings. Any member of the group is welcome to stand and speak if the spirit moves them to do so.

I went along to attend a meeting and it was extraordinary to sit quietly in that space, knowing these walls have witnessed meetings continuously for almost 250 years.

I hope you enjoyed this blog post and if you’d like to attend a meeting at the Wandsworth Quaker Meeting House all are welcome. You can find out more on their website here