in architecture, City of London, London, Look Up London
28 Comments

Down a side street in the City – blink and you’d miss it! – is Wardrobe Place. 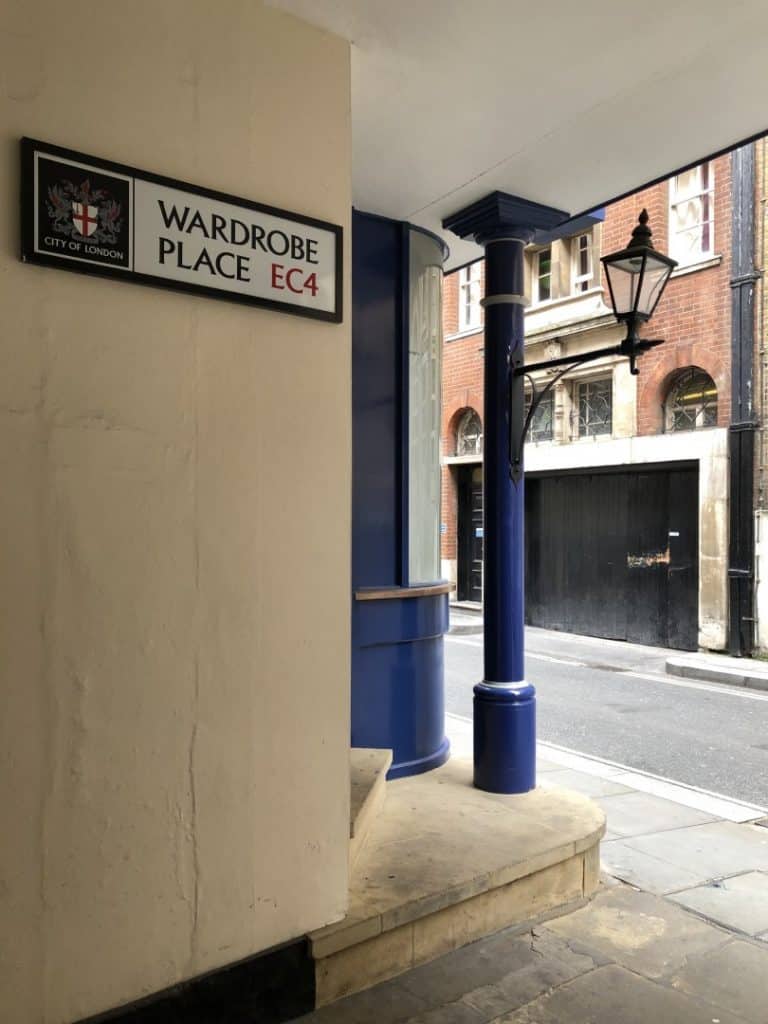 The history is interesting in itself, but when I last visited I was also intrigued by a particular architectural detail – the Fanlights.

The unusual name does indeed come from an actual wardrobe. Not just any wardrobe though, but the King’s wardrobe!

Established under Kind Edward III (1312-1377) it’s where the King would keep his best outfits but also important household items, a bit like a hotel room safe.

The Wardrobe was originally based at the Tower of London and you can still see its ruined tower inside today! 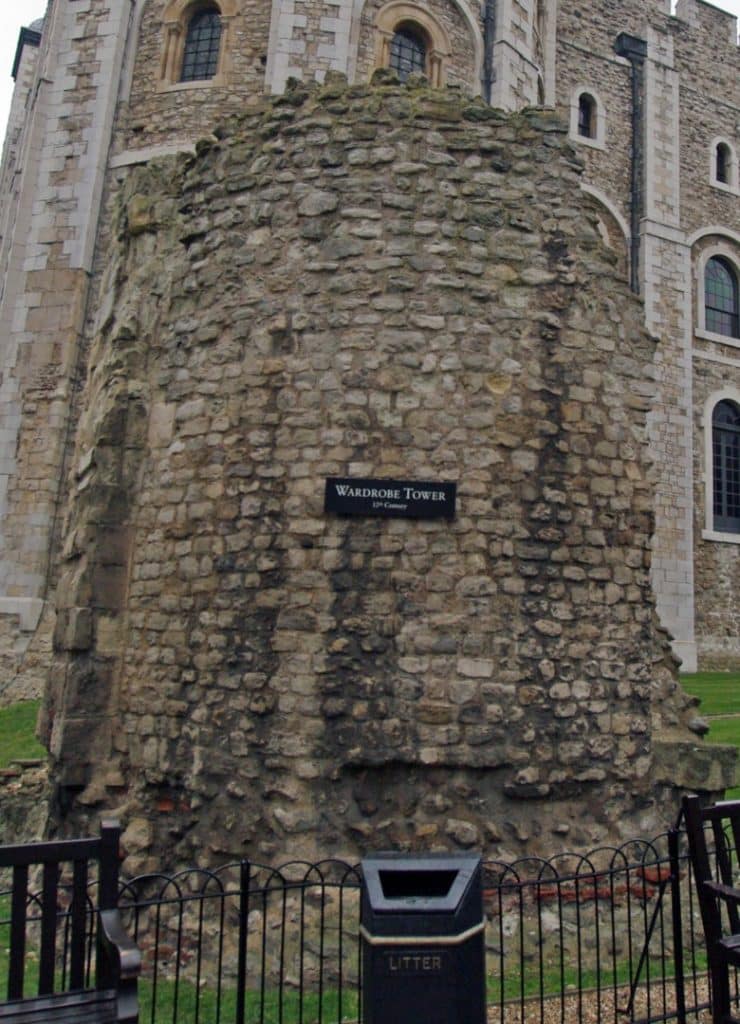 The Great Fire of London in 1666 destroyed the King’s Wardrobe and in 1782 the institution of the wardrobe was absorbed into the Treasury. 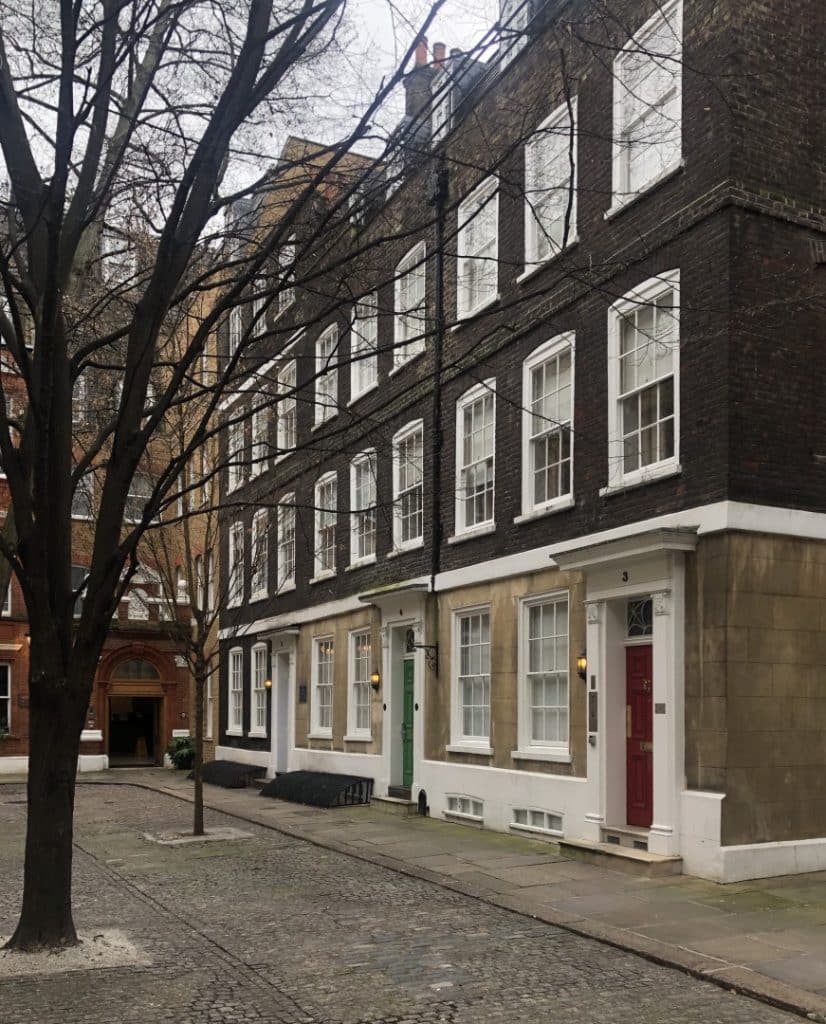 But, let’s return to the buildings that are our focus today, Historic England describes Nos. 3-5 as late 17th or early 18th century.

However, it’s what’s above the doors that is our subject today.

History of the Fanlight

Fanlights are a decorative and functional feature, usually above a front door. They allow natural light into a windowless hallway and are often decorated with cast iron. Later architects would use lead and occasionally bronze. 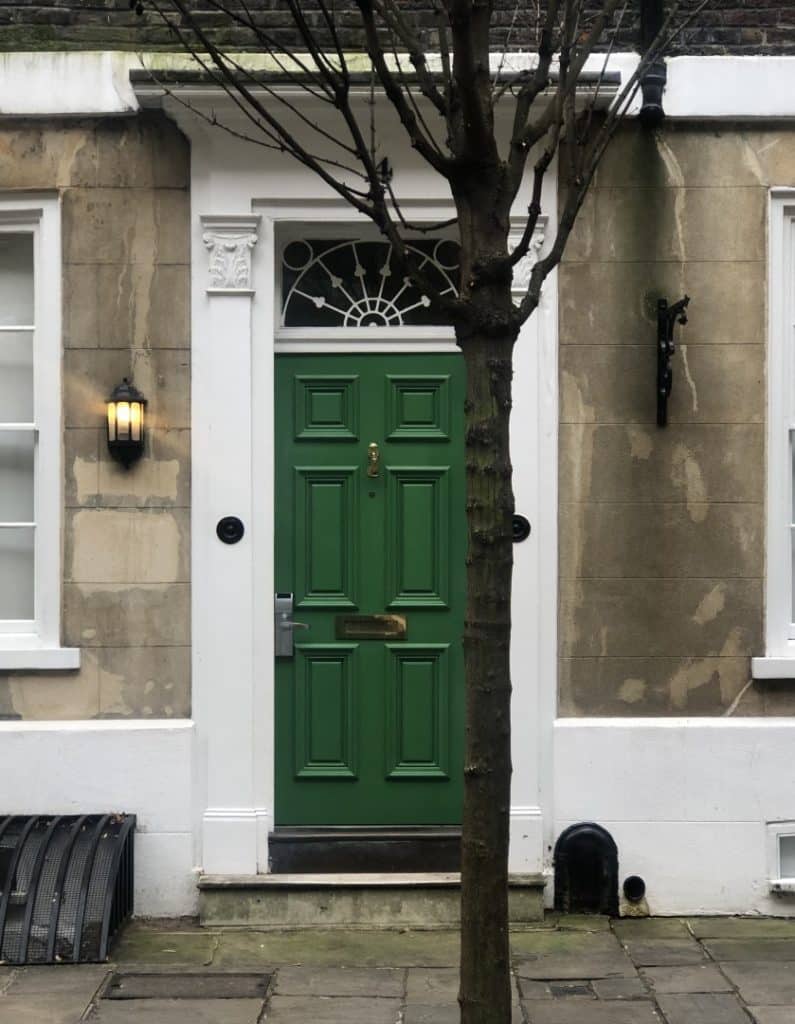 The first examples can be seen from the early 1700s, but the really fancy ones usually date from between 1760-1810, with designers and architects trying to out do one another with elaborate patterns. 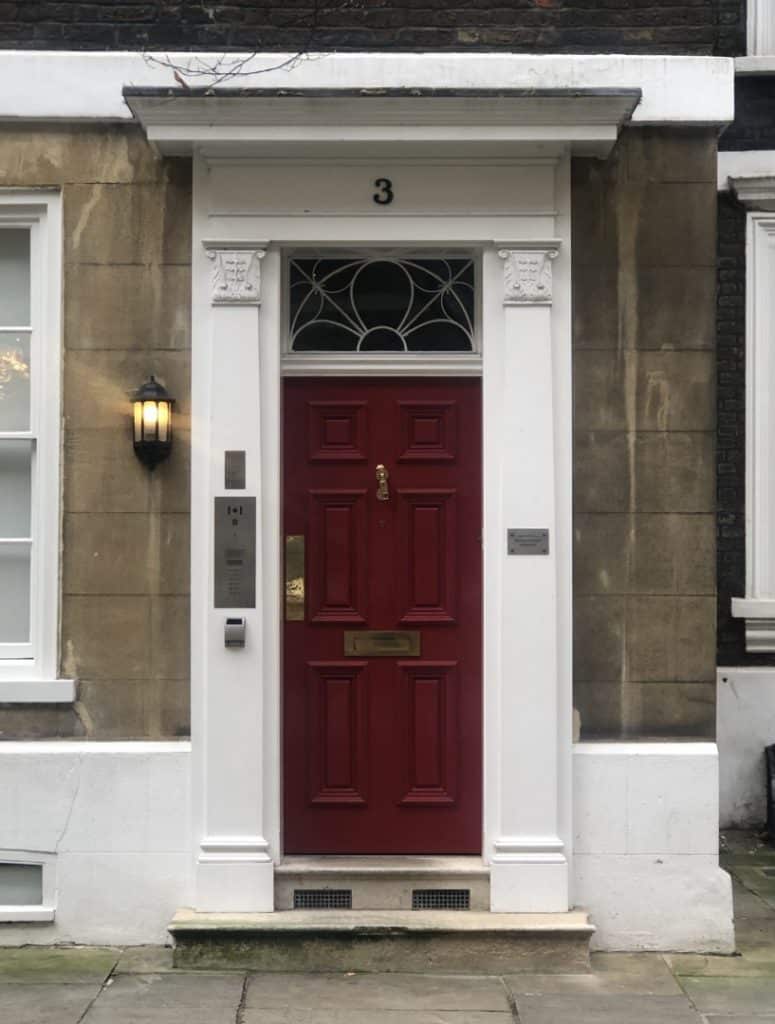 Another influence on the designs was the architect; Robert Adam. You can see the semi-circular shapes and fine details in the ceilings of his buildings like Kenwood House (1767-9). 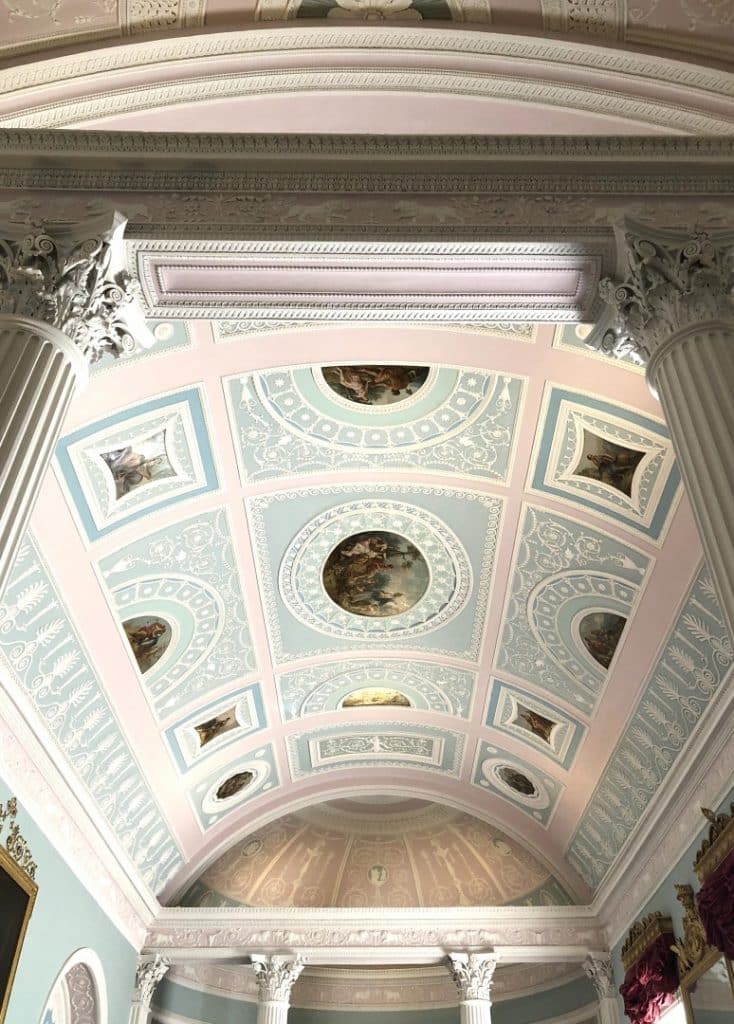 Used as an Address?

Something that I’ve often heard repeated is this idea that because there were no house numbers in Georgian London, letter writers would draw the individual patterns of fanlights on envelopes so messengers could identify the right house.

As much as I wish this were true, this has a whiff of the urban myth about it and I wanted to investigate. 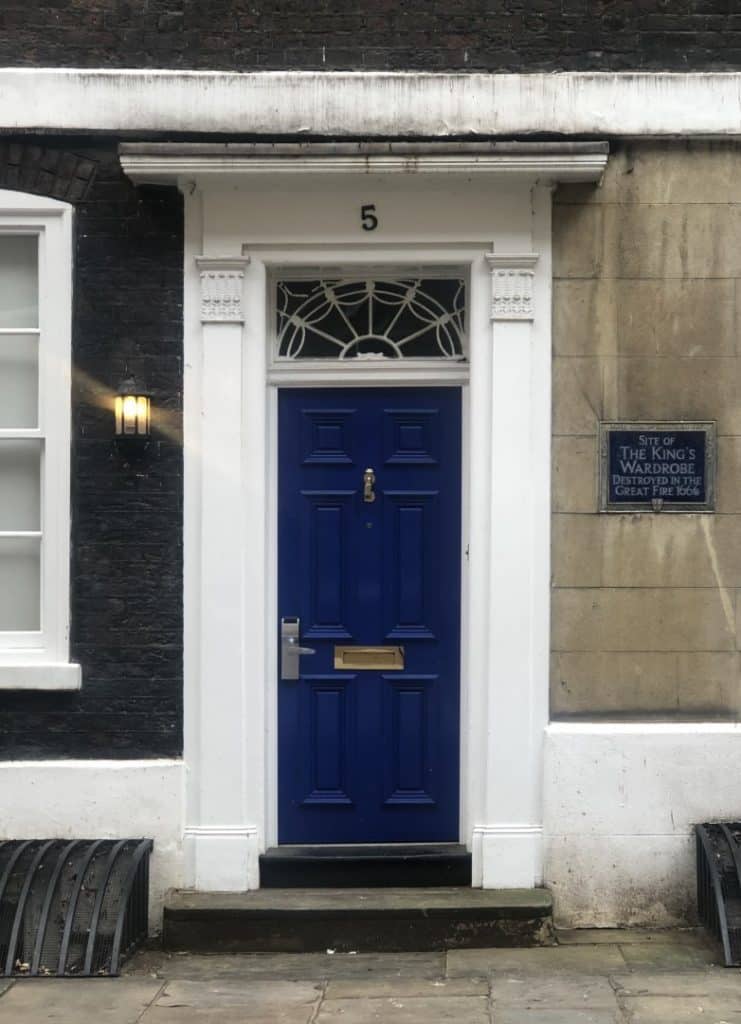 After falling down a bit of a research wormhole on house numbers I found the following.

In the 1760s Acts of Parliament were passed that compelled the removal of overhanging shop signs and in 1765 a Postage Act was passed but this was mainly all about pricing. Full regulation only came about in 1855 with control handed to the Metropolitan Board of Works.

However evidence that standard street numbers were in use earlier can be found in Edward Hatton’s ‘A New View of London’ (published 1708). His book contains the passage;

“Prescot Street [in Spitalfields], a spacious and regular built street on the south side of the Tenter Ground in goodman’s Fields. Instead of signs the houses here are distinguished by number, as the staircases in the Inns of Court and Chancery”

Is this a one-off – an example of early adopters in the East End?

Possibly. In looking at Fire Insurance Policies between 1721 and 1727 a columnist for the marvellously pedantic Journal ‘Notes and Queries’ in 1942 only came across two cases where street numbers were used.

Mostly, people described the hanging signs in lieu of a house number. For example;

“Which bank is yours?” 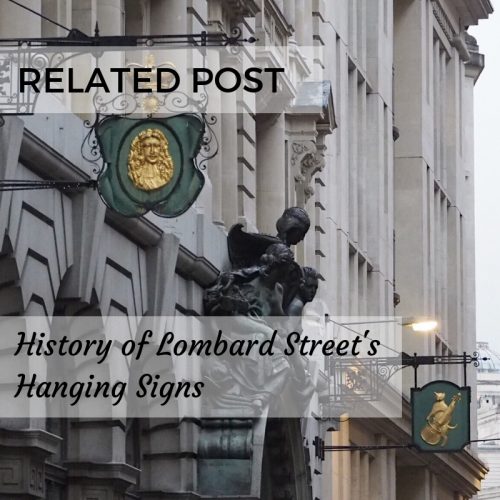 Personally I haven’t found any historic reference to people drawing fanlights in the place of an address. It’s a lovely idea though!

At least we can simply admire them as decorative elements today.