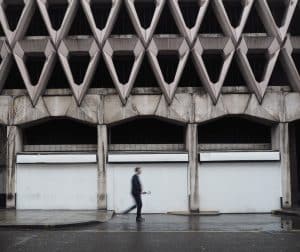 Sure, It may have not been everyone’s cup of tea aesthetically, but even if you’re not a fan of Brutalist architecture, I think you could at least admire its geometric forms. 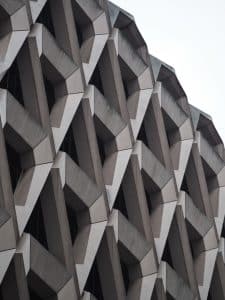 Sadly, the new view of Welbeck Street Car Park is this, covered in tarpaulin and readied for demolition. 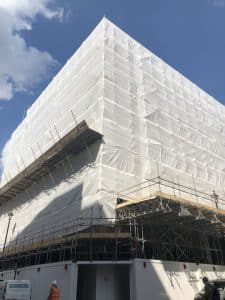 Built in the 1970s and designed by Michael Blampied and Partners. It was sold in 2016 to Shiva Hotels for around £100m. Despite its striking design, it doesn’t meet the listings requirements for Historic England, so was approved for demolition by Westminster Council.

An alternative plan by JAA architects was submitted as part of a campaign to keep the car park’s features. The Twentieth Century Society supported this design as part of its ‘Diamonds are Forever’ campaign against demolition. 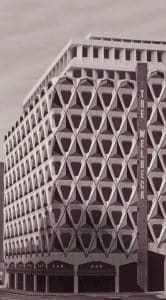 Image by Theo Simpson for JAA. From Dezeen.

However judging by the approved initial architectural plans by Eric Parry Architects, none of the original building’s features will be kept. 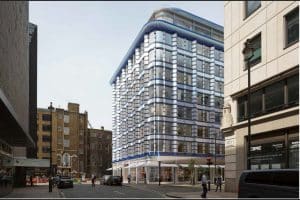 Image of the design by Eric Parry Architects, picture from Architects Journal

The architects in a statement did say they’d considered including the existing building’s facade so the diamond-shaped pattern could be saved, but “no suitable solution was found”. The sticking point was the height of car park levels compared to modern hotel expectations. 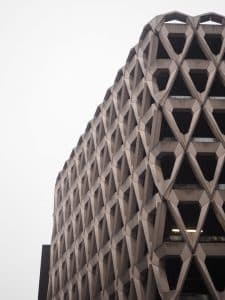 I’ve always found that the joy of London is the mix of old and new. So, just as we should save the centuries-old historic buildings, we also have a duty to maintain and keep newer buildings of architectural note.

Meatliquor (who rent the retail space on the ground floor) reported that they will be closing their doors in February 2019. They have now closed.

An objector quoted in the Evening Standard on 23 November 2018 said “Yes it may need a clean up  and the ground floor levels have not been looked after, but look up! This building is stunning.”

I can’t help but agree. 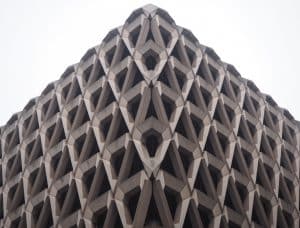 Shortly after I posted the original version of this blog in December 2018, a reader alerted me to an epic verse of love and loss. It was scrawled on the white hoardings and is shared below. I think it sums up my feelings of seeing this unique structure go. 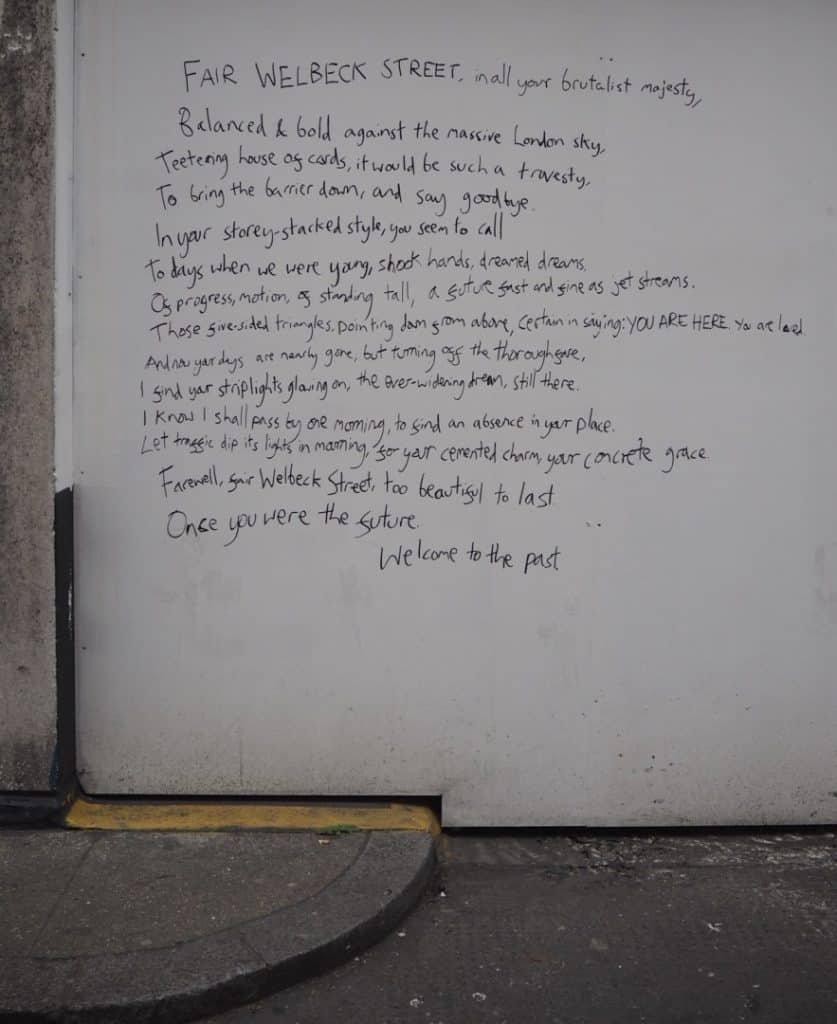