Trick Question: Where is London Bridge?

But what happened to it?

In true Victorian fashion, bits were sold off to raise funds. But now not many remnants survive.

The picture below, shows the bridge at around 1795 when the houses along the bridge have been taken down. However, you might be able to spot some new additions; in 1760 14 pedestrian arches were placed on the bridge. 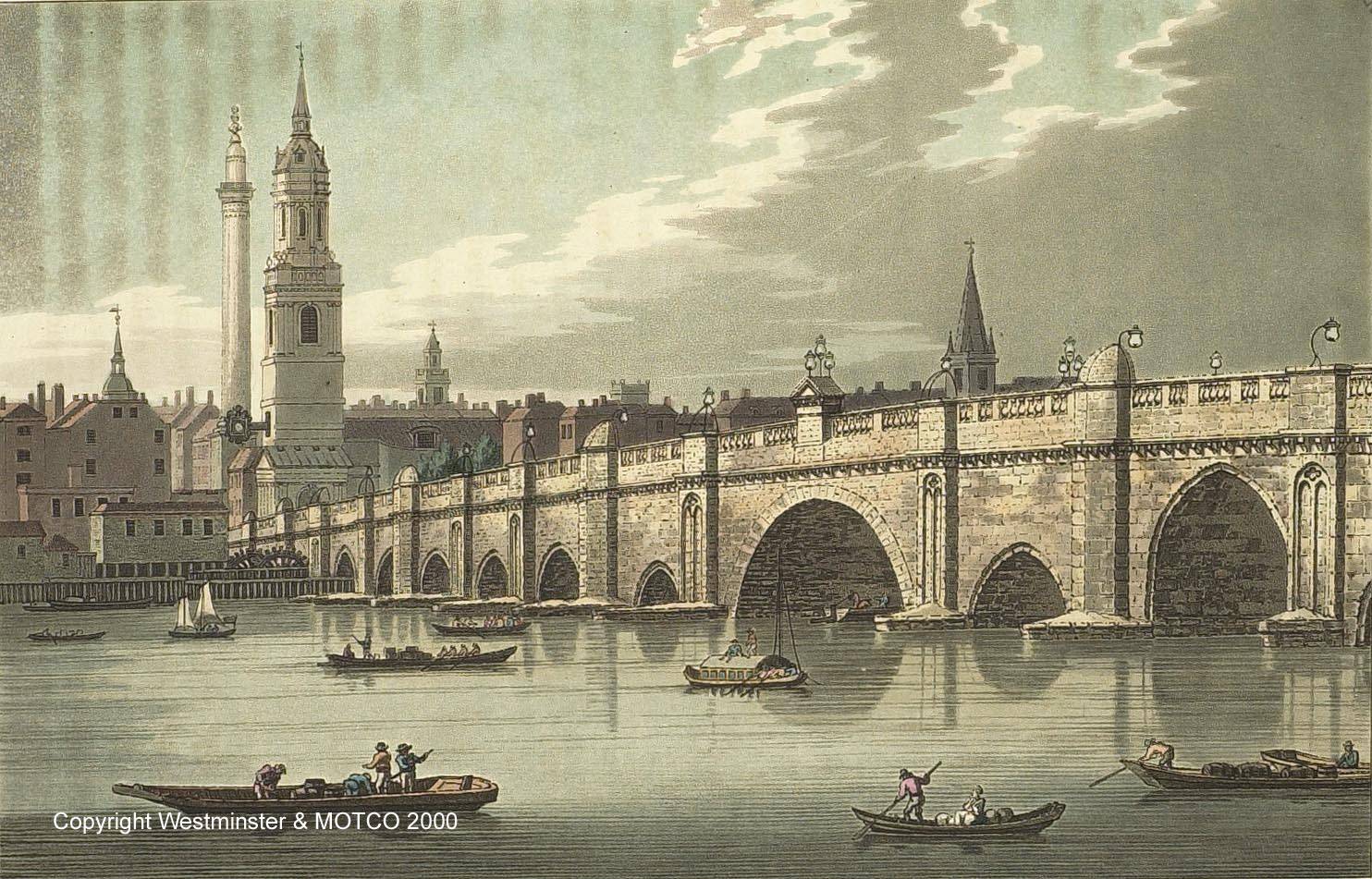 Painting showing the bridge c.1795 where you can clearly see the pedestrian arches (looking right to left) above the 2nd, 5th and 8th pier.

Of these 14 now only 4 survive. Two can be found in Victoria Park, Hackney, one – bizarrely – in East Sheen and the other in the courtyard of Guy’s Hospital in London Bridge.

Poet John Keats sits contemplatively in the so-called ‘Lunatick Chair’. The seat used to be connected to the outer wall of the Mental Health wing of Guy’s Hospital.

Nearby in Newcomen Street there’s another relic from the Old London Bridge to spot; a Royal Coat of Arms that was on added to the bridge’s Stonegate (the tollgate) during renovations in 1728. The gate was demolished in 1760. 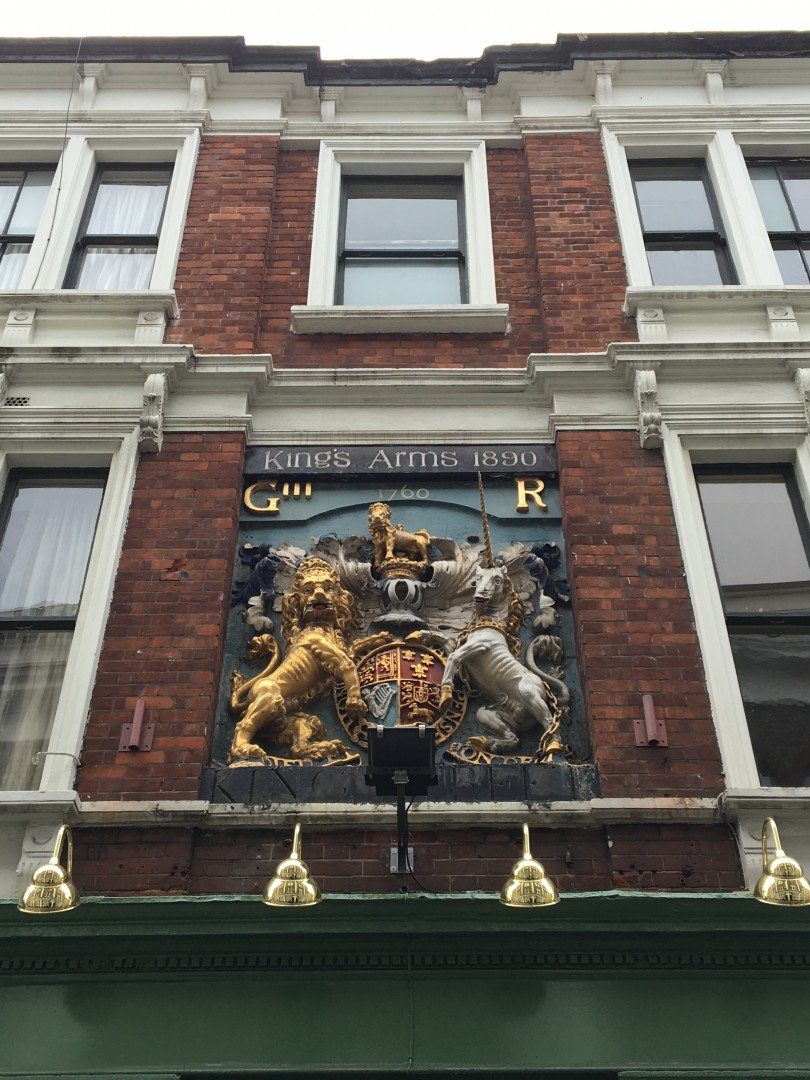 You can still see this rather grand coat of arms above the Kings Arms pub today.

For a bit of context, here’s a detail of Claes Visscher’s c.1600 ‘London Panorama’ engraving. You might be able to spot the tollgate in the bottom right had corner at the end of the bridge. 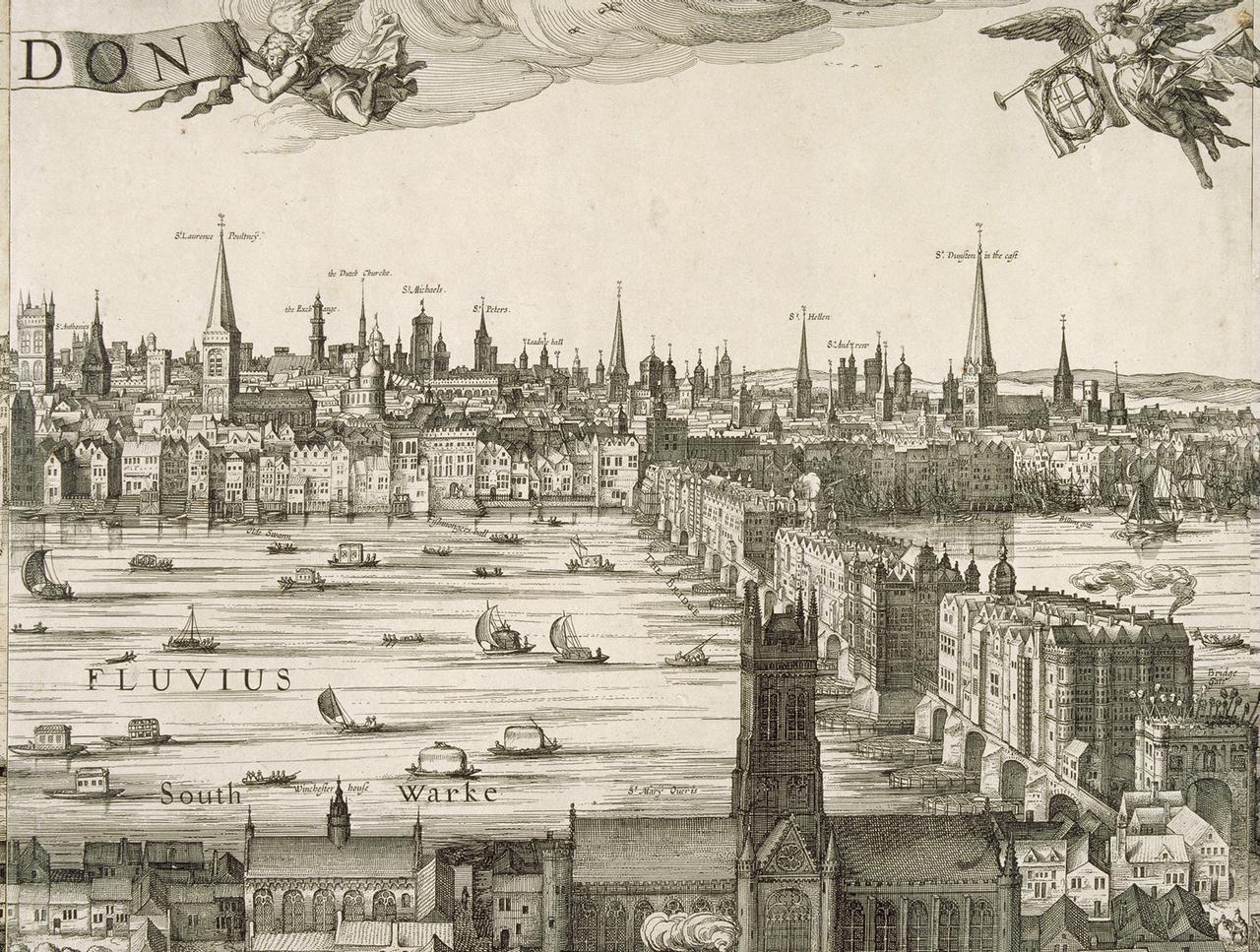 As ever, there’s always more to London than meets the eye.
Heard about any more relics of the Old London Bridge?
Let me know!

Join one of the latest Look Up London Walks and explore Southwark. It’s a 90 minute tour of the area taking in the bawdy history (and mind-blowing secrets) from the middles ages to the present day…