Along Poplar High Street, look up. You’ll see a seemingly out of place sculpture atop a column. It’s a clue to a former pub; The White Horse. 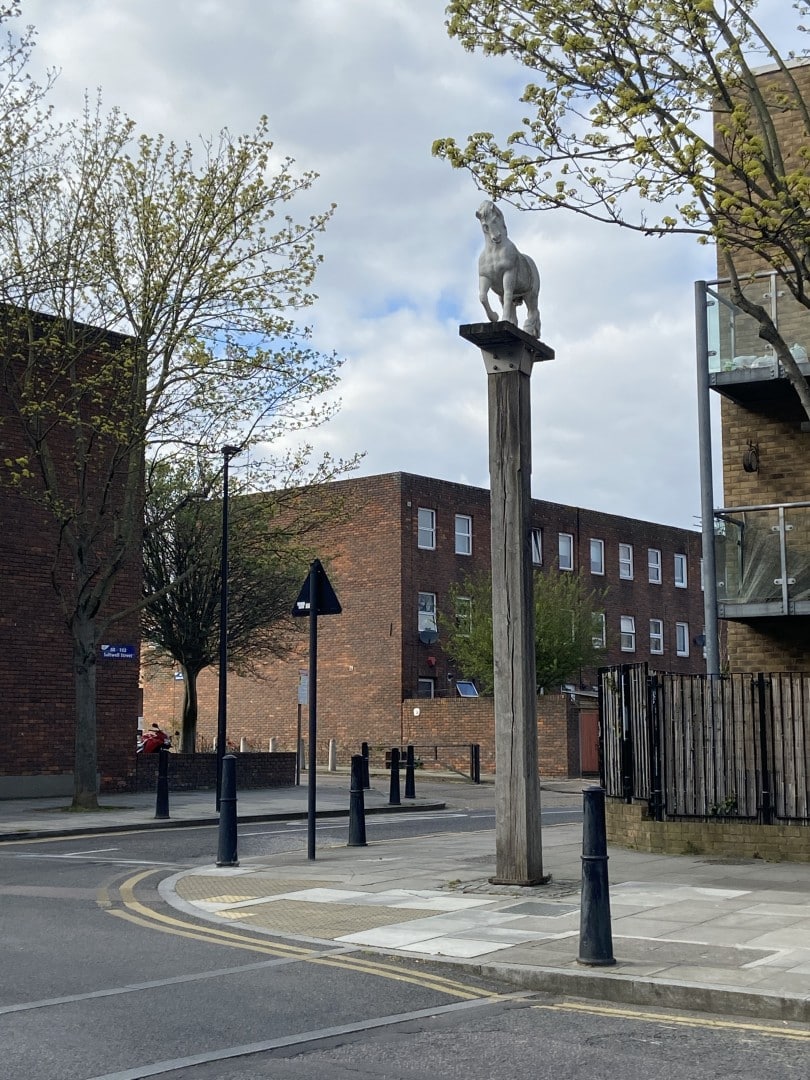 Today this street doesn’t feel like a High Street at all, but until the 19th century this was a bustling thoroughfare. When renumbered in 1865, the survey of London reports it had 327 house and around 17 public houses plus eight beershops.

The importance of the street, which provided a direct route to the docks, is also shown with the addition of a ‘Town House’. Like a town hall today, this was where inhabitants met to discussion local issues and business. It was first mentioned in 1661.

Further along Poplar High Street is the location of the more recent Poplar Town Hall, now converted into a hotel. 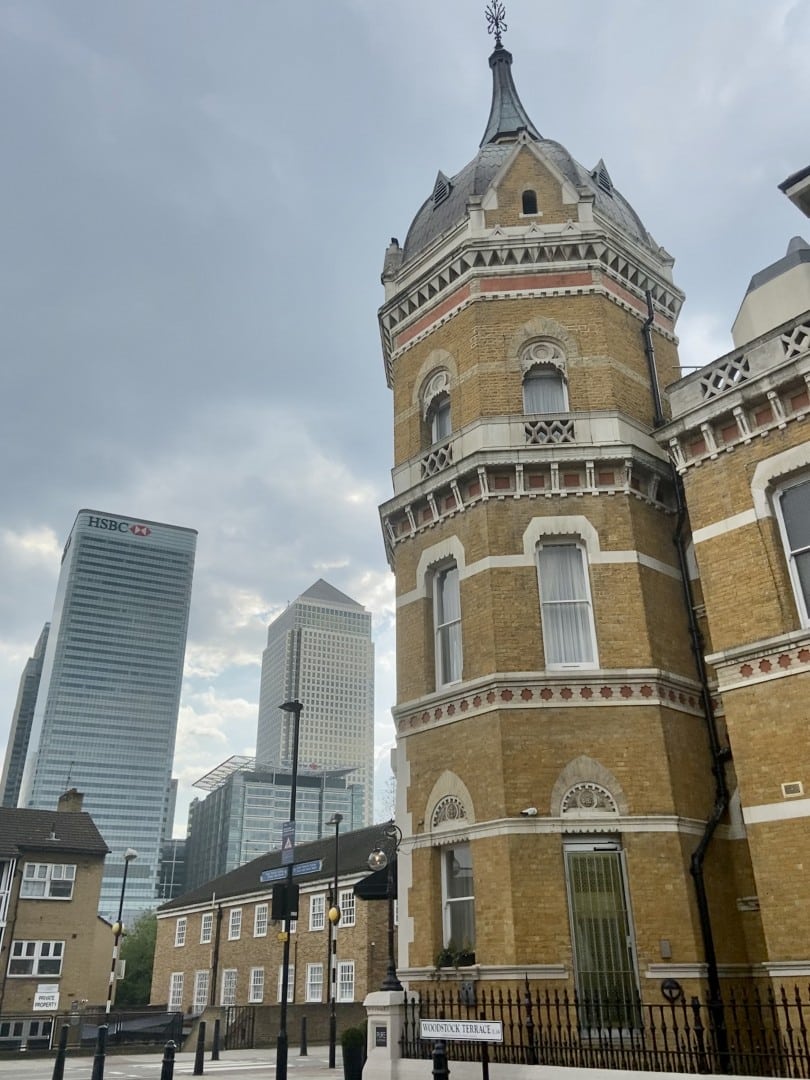 But that’s another story! Back to the pub…

In the Summer of 2002 MOLA carried out and archaeological investigation, revealing that while the earliest documentary evidence of a pub is from 1690, there’s evidence of 14th century malting kilns which might have had a connection to the brewing trade on this site.

They also conclude that the pub stood outside the Stonebridge Pond, used for watering animals, so was an attractive pitstop for both animal and human customers!

But one particular owner stands out through its history.

The story of Mr and Mrs How was retold many times throughout the 18th century. Reported in the London Chronicle, 7-9 August 1766. It was also told in Bram Stoker’s novel Famous Imposters in 1910.

It concerns Mary East who at 16 decided to live as man and wife with her female friend (sadly unnamed, aged 17). To keep up the ruse Mary would dress as a man and the pair kept several taverns as Mr and Mrs How in East London before arriving at the White Horse in 1745.

The pair had ingratiated themselves into the community. But sadly it began to unravel. Mrs How died and James How was a widow. He started to receive blackmail threats from a woman who claimed to know that he was in fact a woman.

This mysterious ‘Mrs B.’ hired muscle to threaten James and as the situation escalated, James was able to appeal to neighbours and friends, organising a constable to arrest the blackmailers.

At a hearing, James dressed as Mary East, with the Chronicle reporting; “the alteration of her dress from that of a man to that of a woman appeared so great, that together with her awkward behaviour in her new assumed habit, caused great diversion to all…”

After this it appears Mary lived out the rest of her life as a woman. She was buried in the nearby St Matthias church in June 1780.

You can read extended versions of the life of Mary East from Richard Norton’s Homosexuality in 18th Century England, the Isle of Dogs Life Blog and the East End Womens Museum blog. 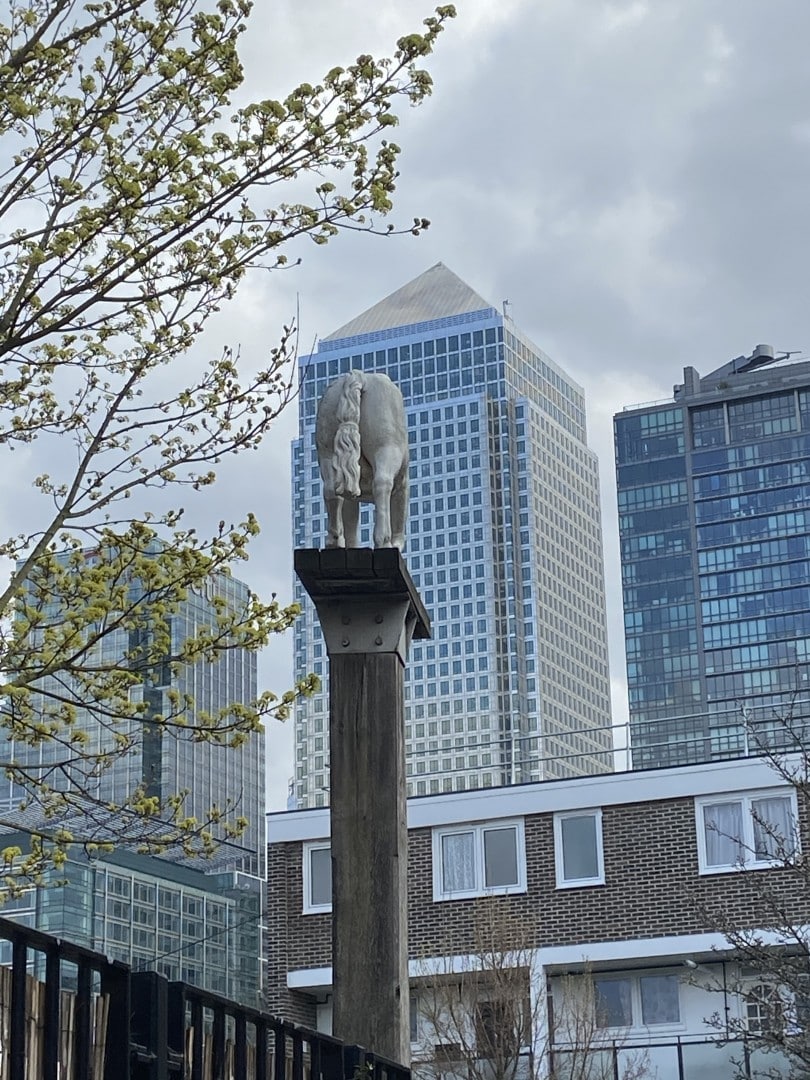 As for the White Horse Pub, it was rebuilt in the 19th century and then again in 1927-8. It was finally demolished in 2003 and replaced with flats. 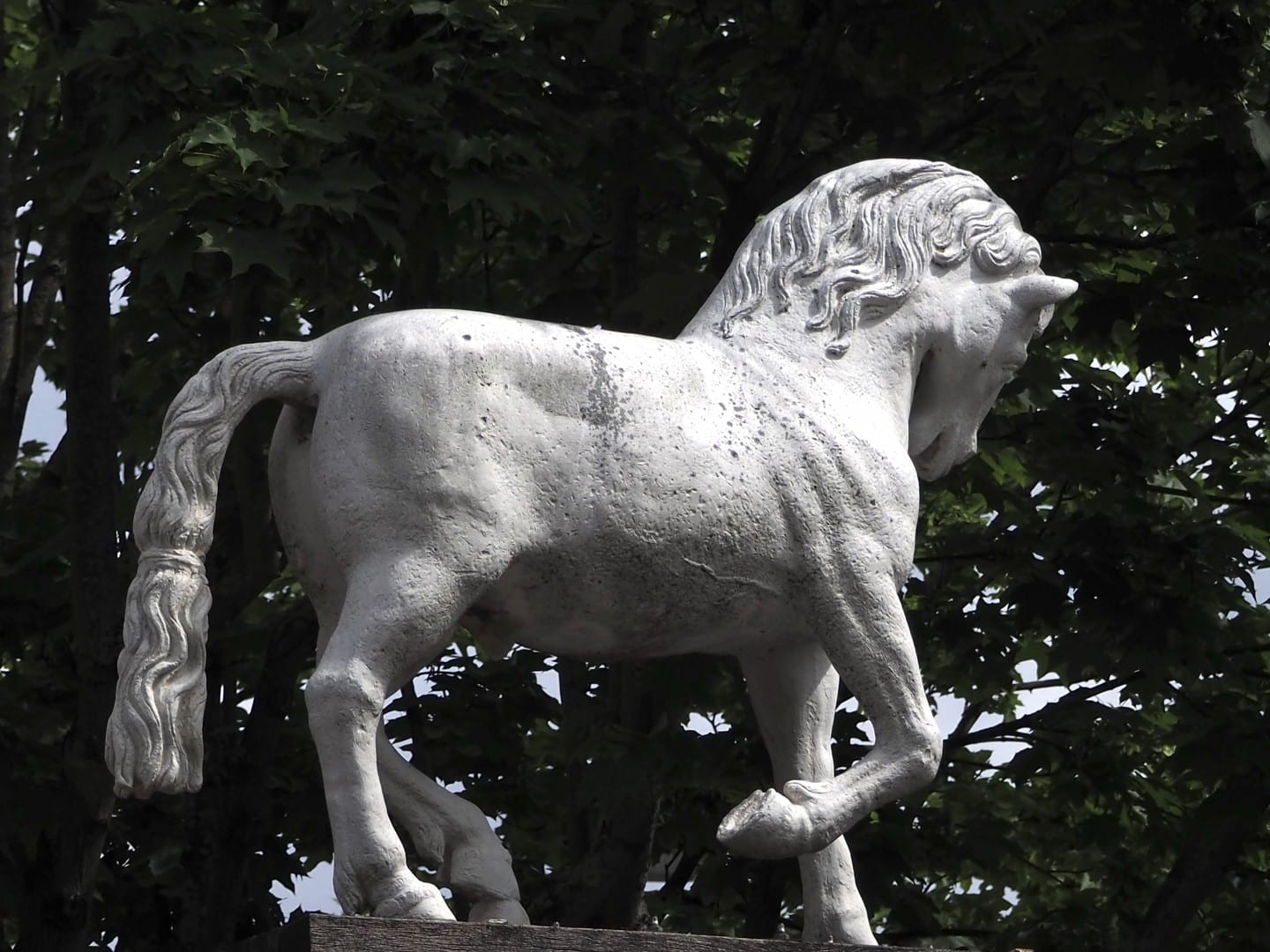 The sculpture on the post is Grade II listed and dates from the 18th century. To get a sense of the pub, there’s a fantastic picture from the Tower Hamlets archive from the 1930s here. It clearly shows the white horse column outside.